Some facts :  from Bike-dreams Facebook page
1. There are some 90 different micro-climates in Peru, making it one of the most bio-diverse countries on the planet.
2. The potato is originally from Peru, and there are over 3,000 different varieties. Proud Peruvians use the phrase “Soy mas Peruano que la papa” (I am more Peruvian than the potato).
3. The National University of San Marcos is the oldest in the Americas and was founded on the 12th of May of 1551.
4. The oldest occupation of man in the America’s is traced back to the sacred City of Caral-Supe a few hours north of the capital Lima. The 626 hectare (1546 acre) site dates back 5000 years.
5. While Peru remains a relatively poor country it is one of the richest in terms of natural resources. It is one of the world’s top producers of gold, silver, copper, lead, iron and zinc and also has reserves of oil and natural gas.
6. Peru’s Huascarán National Park has more has 27 snow-capped peaks 6,000 meters (19,685 feet) above sea level, of which El Huascarán (6,768 meters / 22,204 feet) is the highest.
7. Cusco in Peru was the most important city in the whole of the Inca Empire, and governed as far north as Quito in Ecuador and as far south as Santiago in Chile.

8. Peru has the second largest amount of Shamans in the world, second only to India.

9. Peru’s capital Lima was once the most powerful city in South America, but fell into decline when the Spanish created a viceroyalty in Rio de la Plata.

10. Cotahuasi Canyon in the Arequipa region is considered one of the world’s deepest canyon at 3,535 meters (11,597 feet) deep – twice as deep as the Grand Canyon USA.

11. Peru grows more than 55 varieties of corn, and you can just about find it in any color including yellow, purple, white and black.

12. Two-thirds of Peru is covered in prime Amazon Rain Forest.

13. In Peru, it is tradition to give friends and family yellow underpants on New Year’s Eve.

14. Peru has 1625 types of orchids of-which 425 can be found growing naturally close to Machu Picchu. The Inkaterra Hotel in Machu Picchu has South America’s largest privately owned collection at 500 varieties.

16. There are 3 official languages in Peru: Spanish, Quechua and Aymara, but east of the Andes in Amazon Jungle regions it is thought that natives speak a further 13 different languages.

17. Peru’s Independence Day is celebrated on July 28, and is known as ‘Fiestas Patrias.’

18. The Inca citadel of Machu Picchu was lost to the Amazon Jungle for hundreds of years, until it was re-discovered by Hiram Bingham the American explorer.

19. The Pisco Sour is Peru’s national drink and is made using Pisco brandy, lemons, sugar water, egg whites, ice and finished with bitters.

22. Cuy or Guinea Pig is a traditional dish eaten in Peru

24. The capital city of Peru is Lima which is home to more than a quarter of Peru’s population.

25. Peru is home to the highest sand dune in the world. Cerro Blanco located in the Sechura Desert near the Nazca Lines measures 3,860 feet (1,176 meters) from the base to the summit.

As for my preps things are coming together, still lots to do. Car insurance taken care of, health insurance for the trip okay, but I don’t want to come back on 29 December and have to get health insurance in two days so making arrangements for that. Getting the house taken care of, a few septic problems and getting that fixed. Just little things here and there.  Jeanne is back from a wedding in Nevada and we can now get on planning our two in Peru prior to biking.  Both of us are getting excited.
Bike, I have not ridden in 3-4 days. Has been cloudy and raining. Not a lot of rain but just depressing.
I did get a GPS but not one which connects to iPhone for uploading new maps enroute. Today I loaded the Peru route from route sent by Bike-Dreams. Bike-dreams does not want to put out the route to soon as later changes could be confusing. Makes sense but not sure if I will be able to load maps enroute as not taking computer, but only an iPad and phone. Bike-dreams does give us a paper route but friend Buck (www.Buck benson.org) currently riding from Quito says those with GPS seem to have it easier.

Following are a few pictures from bike-dreams Facebook. First is group shot at equator monument where the full trip began a few miles north of Quito, Ecuador August 1.

Follow pictures are from road taken a few days ago in Ecuador. 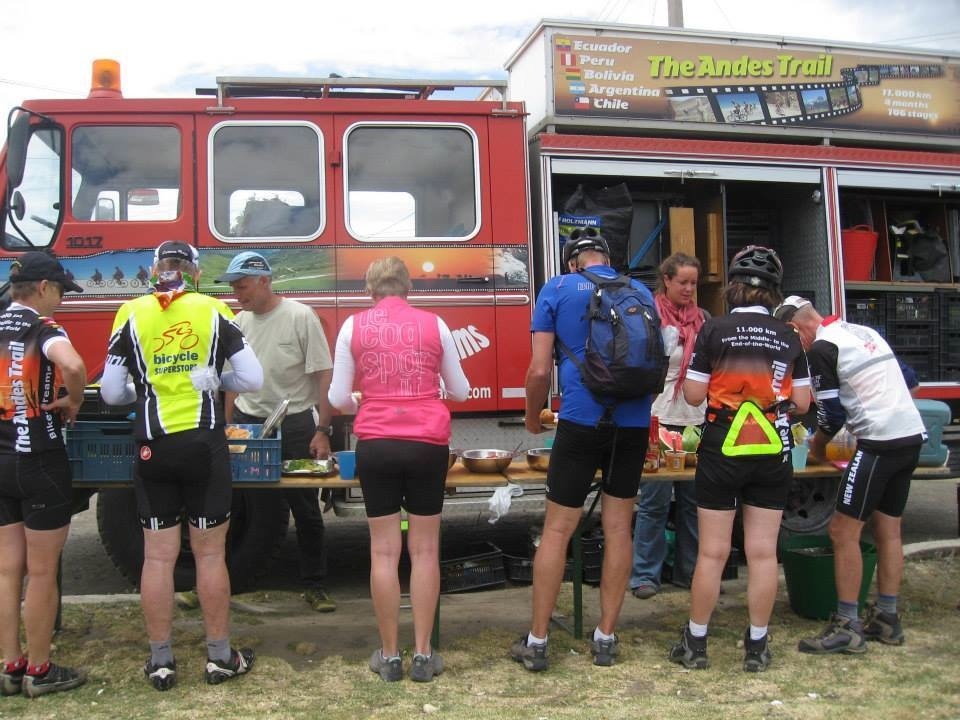 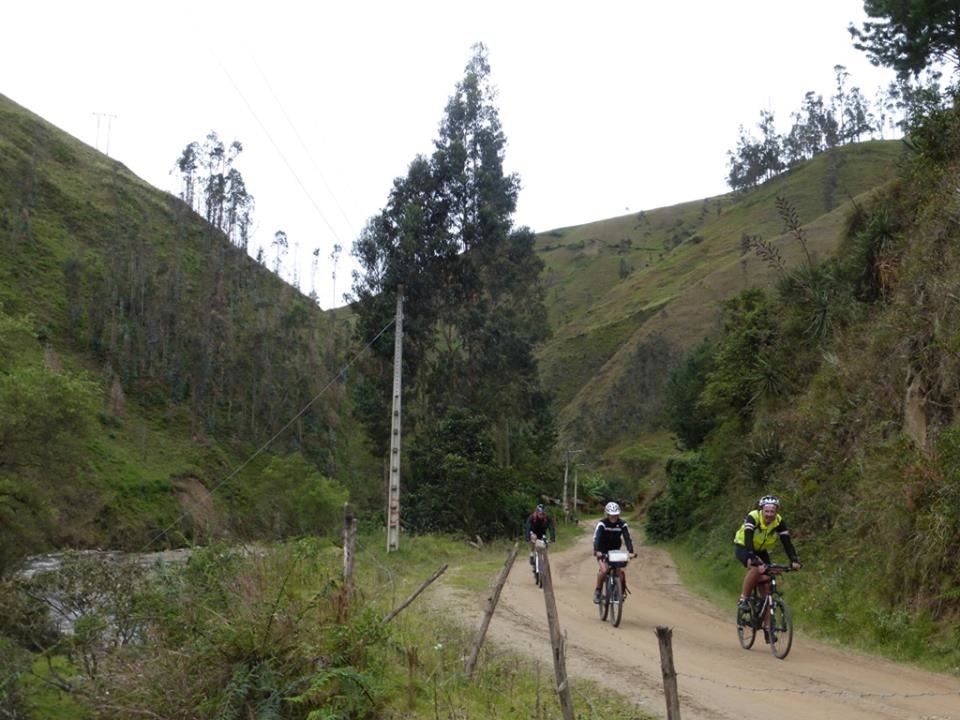 One thought on “Facts of Peru and Continuing to prep”