“Travel changes you. As you move through this life and this world you change things slightly, you leave marks behind, however small. And in return, life – and travel – leaves marks on you. Most of the time, those marks – on your body or on your heart – are beautiful. Often, though, they hurt”

Continuing on our whirlwind tour we made our way into the town center of Christchurch, to see what makes it a city where people want to live. It lies on the Canterbury plains and generally I have a problem with flat, again my bias comes out. We had heard it was and is having a hard time rebuilding after the devastating earthquakes of 2010 & 2011.

We arrived and found a beautiful park next to the Avon river with easy parking, although it took a bit to figure out how to pay via the computerized meter. Soon though I was showing the locals.

We began walking and came across what was a boarded up church hoping to be rebuilt. Apparently it suffered major damage and was built in the late 1800’s. We found the earthquake museum and headed there, again leery of tourist attractions.

This museum was great not only explaining the stories and their earthquake but why it was so bad. Again my prejudice showed and I was thinking anchorage just had a 7.0 earthquake 30 November) which is what theirs was. Christchurch earthquake was in November of 2010. It shook for 45 seconds with some damage and some injuries. But they congratulated themselves and felt ok, but the aftershocks continued. In March 2011 a 6.0 aftershock hit and numerous buildings collapsed resulting in 135 people dying and thousands injured.

the museum continued with great explanations not only of plate tectonics but the process of liquifaction. Christchurch is built on unstable soils, as is anchorage, and that led to a collapse of numerous buildings weakened unknowingly in first big quake.

Since then thousands of people are working on how to mitigate damages. It is an ongoing process, not only with building codes, but soil and geology work. We had heard some of the damages areas were condemned and people had to move out, but then real estate developers came in and said it was better now and charged exorbitant prices for the old land. The museum did not mention this, but it did cover how work is ongoing on mitigating the soil problems.

As per usual I may have some of the facts misconstrued but I tried to remember and learn.

Then on to city center a block away where the “world buskers festival” was taking places. 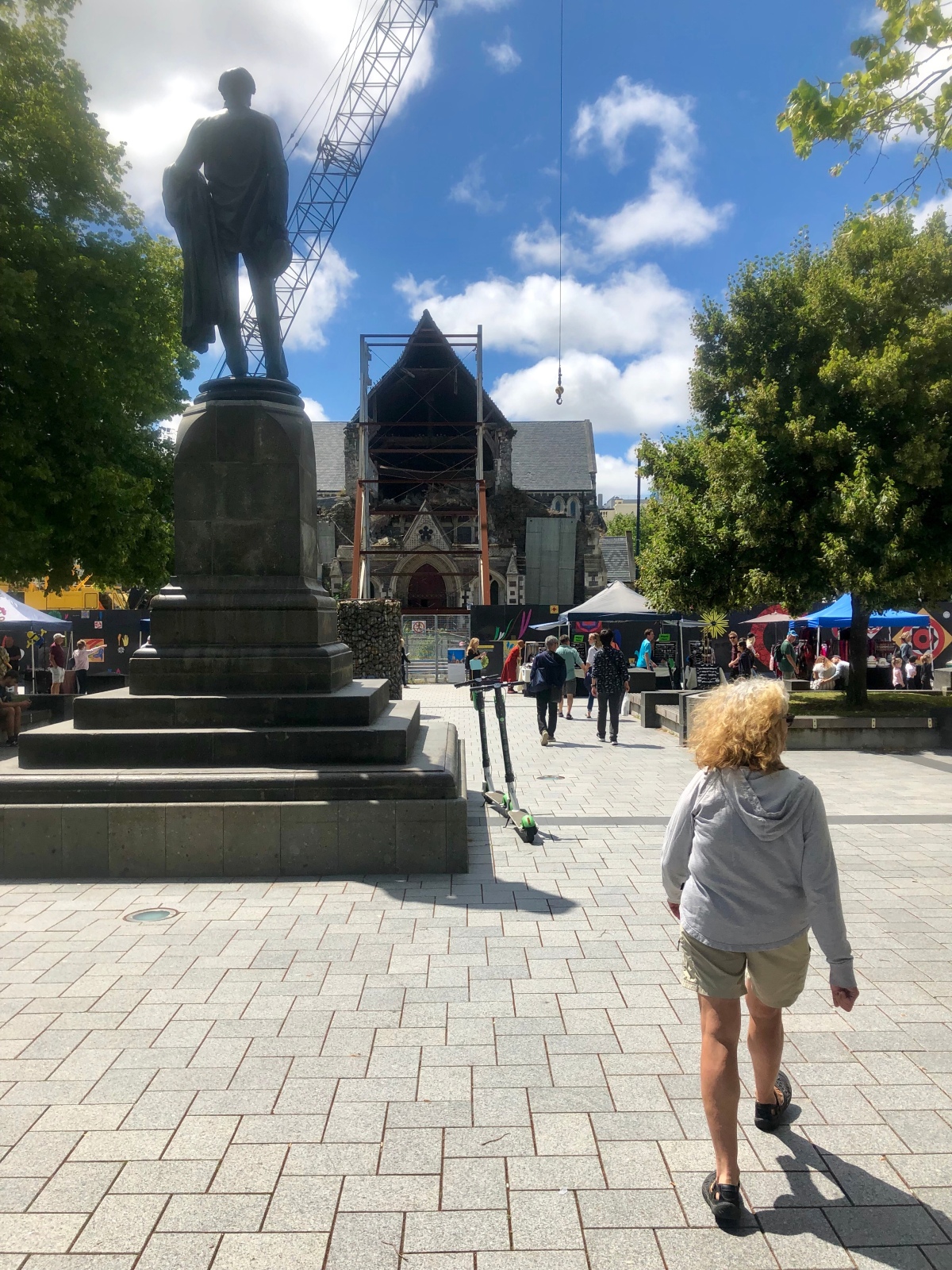 Half way between Christchurch and Picton, where we catch the ferry Friday morning, is a peninsula Kaikoura with a town. Seemed perfect and what a surprise. Great beach incredible views and a very tourist town, but not obnoxious. Stayed at. Holiday 10 as the other camper parks had really bad reviews. We have found holiday 10’s ok but definite McDonald’s like in that you know what you are getting each time generally. This one was not as crowded and felt good.

This Thursday morning went for a hike out on the point and wonderful to just see the ocean. Departing found the world famous Kaikoura BBQ and opted for the blue cod dinner and chowder although the crayfish looked great(lobster)

And so we arrived picton completing our circumnavigation of the South Island. Time is way too short.

One thought on “This is Thursday it must be Picton”