Being Negative only makes a difficult journey more difficult.     unknown
Finally departed although not until nearly 2 pm.  Not exactly hurrying.  James brought the sprinter van over and gave us final instructions for its use.  Lot of systems: plumbing, propane, electric, inverter, solar, heat, etc.  and the usual driving stuff registration, insurance, etc. and of course stowing stuff away.  For Jeanne and I not bad as just the two of us, but when we reach Bannff will be six of us stowing gear.  Similar to a sailboat efficient and compact.   The neighbors Joan and Doug popped over to check out the van and say goodbye.  Their comment was “so this is what retirement is like”!  But during that time Jeanne discovers red salmon are on sale at Fred Meyers for $6.99 a pound fresh whole fish.  And this year we have none.  But they were not delivered yet and would not be for a few days.  Joan is graciously going to go get us some, take to the processor for filleting, cutting, vacuum sealing and freezing, then delivering it to our freezer.  Now that is an awesome neighbor. Normally that is how I like to fish.  Much more efficient, cheaper and it allows time for fun things.
Finally James, Jeanne and I went to Freddie’s for last minute items (and to makes sure the fish is not in yet) dropped off James at his house, check the tire pressures and off we go.  Stopped at the ski jumps to check progress and amazing how it is coming along.  Saw a black bear crossing the road where we were working yesterday.  Then coffee and hit the road.  Road trip.A great drive 350 miles just shy of Tok.  Staying at a state campground with little Tok river flowing behind.  Coming into Glennallen thick clouds  scattered heavy rain and lightening. Fuel, burgers and back on the road.  Mt Drum was clear at lower levels but above the 7000 feet clouds covered the summit which appeared to glow red beneath.  Many clouds in the area were red  I figured due to low sun but after we drove about 20 miles rounded a corner and noticed it was a forest fire, probably started from the numerous lightening we had seen when approaching Glennallen.  Saw a few fire trucks observing the rising smoke from the road, but would require a helitack crew or smoke jumpers as it was maybe 10 miles off the road.  Road trips are always fascinating.  A continuous bombardment of changing scenery.

And a fox running down the road stopped to look at us with squirrel in his mouth. Not offering it up to us for dinner I suppose.But a potential problem with an engine diagnostic light which came on.  Operating manual is very vague about what it could be saying everything from low tires (they are fine) to engine won’t start (does very well) to exhaust problems (cannot detect anything different). Guess it will require a trip to a mechanic in Tok although manual is very specific about taking it only to a certified Mercedes Benz sprinter mechanic.  Hmm yeah right.  We shall see. 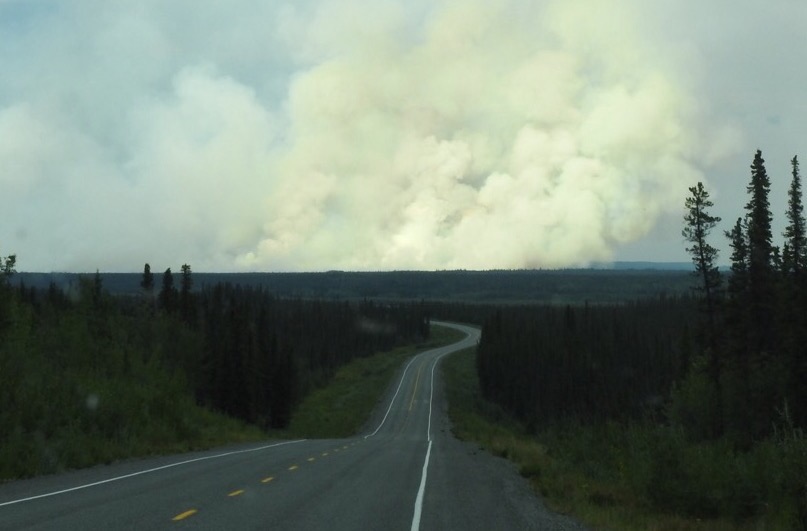 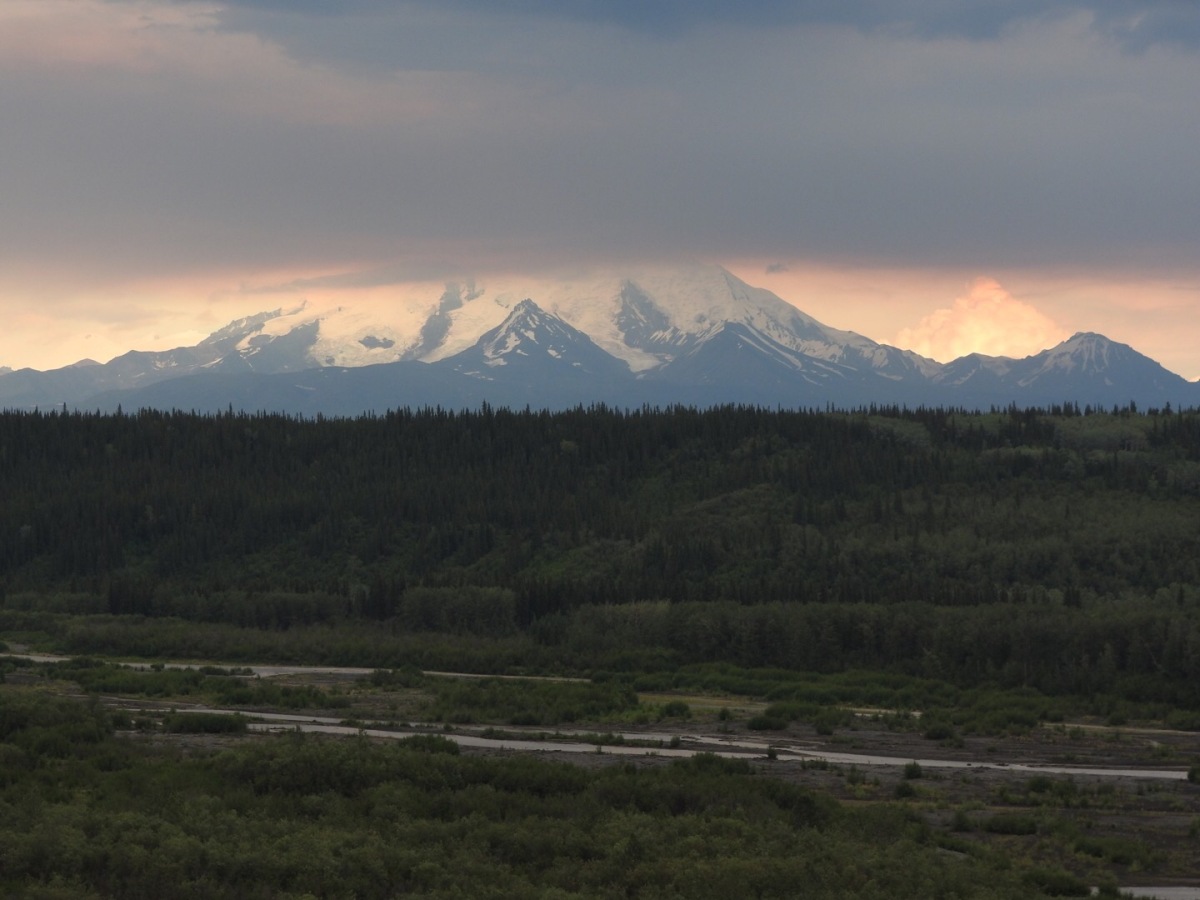 And bummed because all the prep I did weighing stuff to the gram I seem to have forgotten a micro USB cable which charges the gps, cameras, connect cameras to iPad and compute’ and updates the SPOT.  So no pictures now.  Sometime I would like to do a trip where I do not forget some little thing which is important.  Ugh