A nice day. Gentle ride up hill to about 2200 meters again, then somewhat flat and up then a 30 kilometer descent just pedaling in top gear. And best part was the big mountains to the west. At first glance hills with snow on them, but look closer and these were big mountains with big glaciers. Looked it up and biggest was Cerro Mercedario at 6720 meters. The eighth highest in South America. It was first climbed in 1934. Magnificent peak when you look at it. 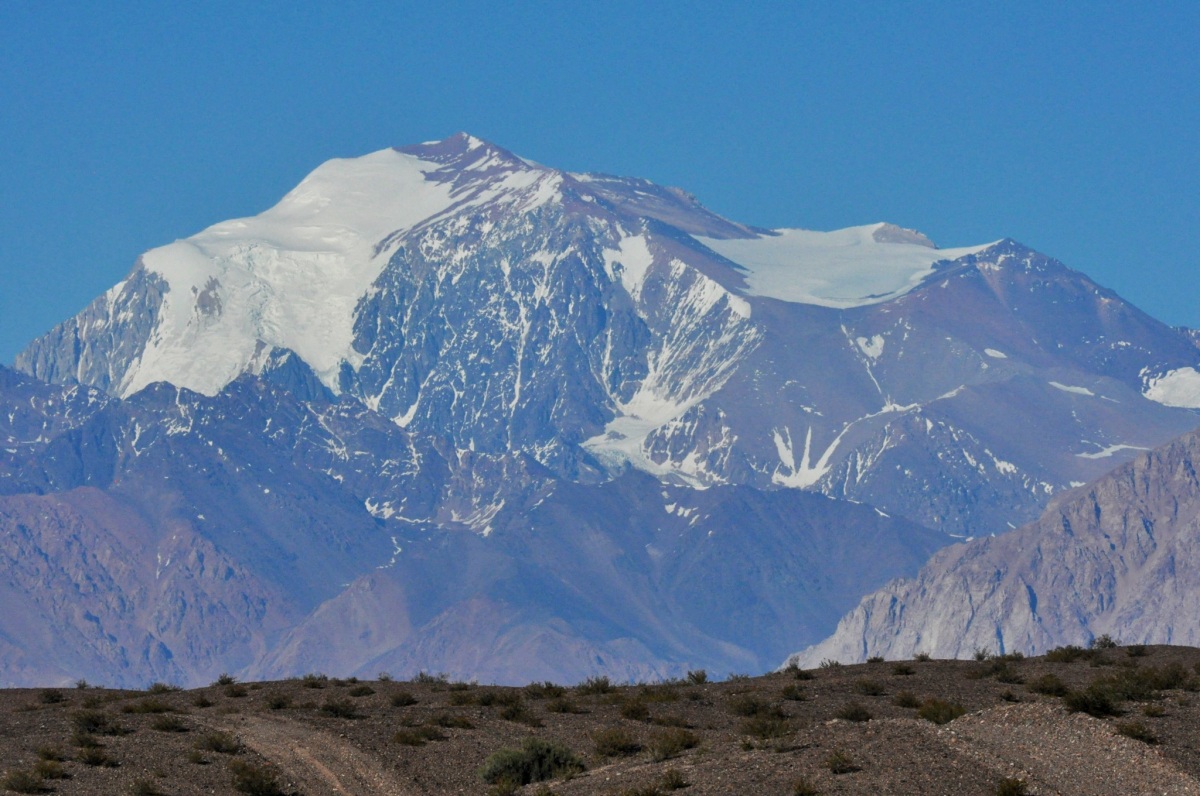 Riding was great and at 50 k hit the gravel and washboard but it felt good so just powered on. Lunch truck at 60 k then onward again, feeling good. It was a long straight road and just cruising along watching the mountains go by. 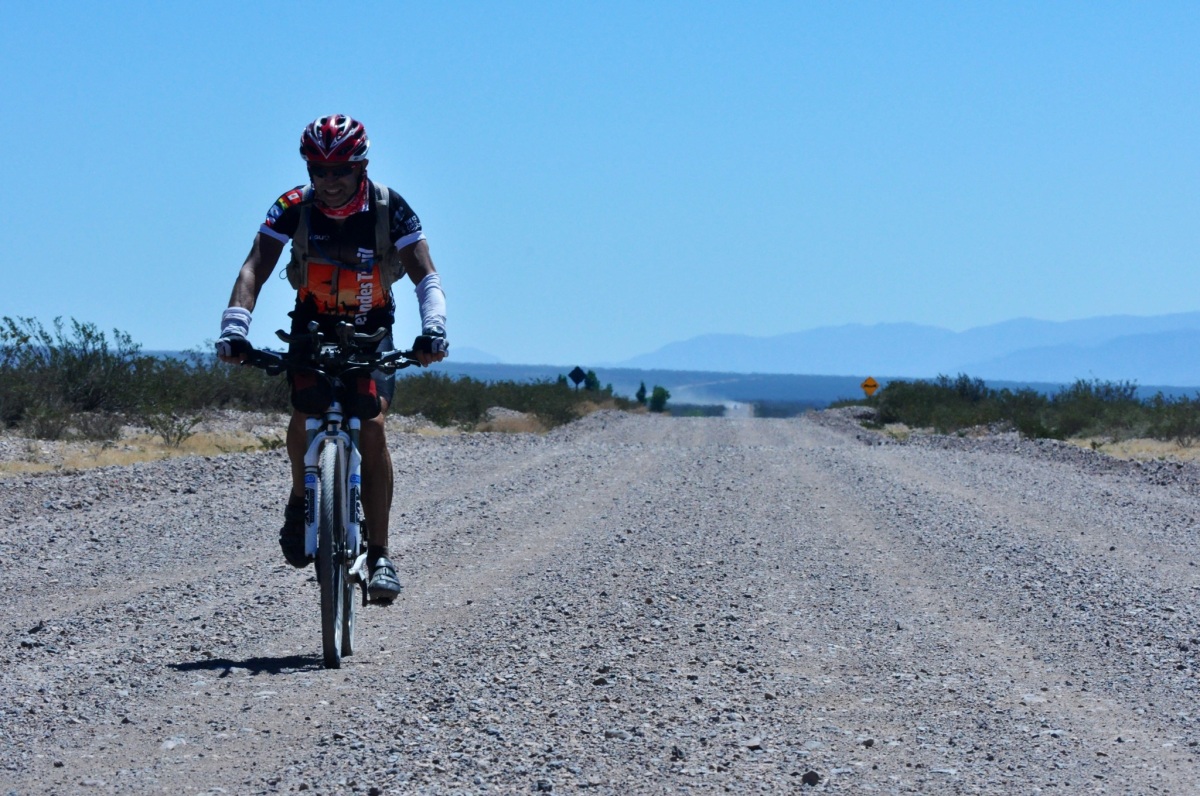 As noted in previous blog saw a set of stairs beside road going apparently nowhere. There were some folks there so I stopped. Turns out their English was excellent; he from Buenos Aires and she from Vladivostok Russia. They were touring Argentina and found our group fascinating. Who was more unique. He had been to Alaska 4 years ago driving to prudhoe bay. Currently they were excited about the inca road and the ruins which the steps overlooked.

Camp is in municipal campground which as usual has a swimming pool but everyone says it is too early and it is not full of water. Uspalleta seems a tourist town and possibly a ski town in winter as a ski shop and lots of tourist activities. Walked in the 500 meters to gas station for the iffy wifi, but wanted to post before reaching Mendoza, although hopefully much better there and can get some pictures loaded. Have enjoyed taking pictures along the way, even if it slows me down.

And Rien leaves tomorrow. He has been a great addition and a pleasure. I think he is one of best riders here, not only because he is incredible to watch as he powers up a hill, but he also takes time to ride with others. I have learned a lot from him. Back to Holland for 5 weeks to help his niece with a flower shop then off on another bike trip. He is retired from DOW chemical.

And Hardy 2 leaves also to cycle by himself to Buenos Aires and fly home to return to work as a geriatric nurse in Germany. He is the on who cycled from Germany to Barcelona, flew to Brasilia and cycled to Cusco where he joined with me.

Tomorrow a party to celebrate Mendoza, my birthday, and to wish Rien and Hardy off. A municipal,campground and several getting hotels in town closer to the city center. Camping ok by me and will just take a cab in when needed. As per usual we shall see what it brings when we get there. As with the daily briefing the numbers of distance, elevation, % paved due not tell the whole story. Same for camp sights. Have to wait and see.