Flew here from Lima on a 55 minute flight, awesome country and big mountains to the east of us. I had a glimpse of the country I will be biking and developed a sense of awe. Was pondering the airport as listed as 11000 feet long. Heck we only used 9000 feet of it, although the plane did brake very hard.

Met by a cab and taken to our hotel, we pondered every move we made because of altitude. I have never gone from sea level to altitude, although have done well working myself slowly there, to as high as 20,000 feet. Seemed Ok, started diamox in Lima, hence used bathroom a lot, but no ill effects as yet, other than slight headache. Also purchased coca leaves at pharmacy and I suppose that helped too. Slept Awesome last night, and again this afternoon.

As for Cusco it is a city of 500,000+ and another 600,000 in the vicinity. Nestled in a valley at 11,200 feet it reminded me of flying into Juneau with mountains on all sides. Juneau also has water at end and side. Cusco has houses. Only one end of runway is open due to a mountain at the end
.
Walked about last night eating a superb meal at a wonderful restaurant: Chichas. Mostly we like to eat at hole in the wall places which have proved awesome. Not speaking Spanish it suits me very well to just point and see what happens. Have not been disappointed yet. But then I do that back home and have not been disappointed either. I figure “would they put something bad on the menu”? Although Jeanne did send her coffee back this morning because the waitress said the milk had turned to “yogurt”.

Went for a hike today up 900 feet in about 2 kilometers ending at Saqsaywaman, a worlds heritage site. It is a large area of religious Inca constructions built from about 1400 to 1650 when the Spanish came and destroyed the culture. Survivors went to the mountains and jungle where Spanish and their horses could not follow. The major battle was in 1638 and the Spanish refused to let the locals retrieve the massive numbers of dead, hence the birds feasted. The Spanish removed many of the towers and construction rocks to build 24 churches in the valley, which were walled fortresses and the soldiers lived in the churches. All from our tour guide.

As is often the case traffic is amazing. Helter Skelter. Drivers must know within millimeters where the edges of their car are, as that is how close it often is. Intersections without control seem to work, but it does not go slow. Streets are cobblestone and sidewalks narrow with the usual hidden steps and corners. But people seem happy, and wonderfully not overly aggressive about selling stuff to you, usually a simple “no, gracias” works. Not like India where they will dog you seemingly forever almost latching onto you. Pleasant.

Weather good temps daytime 16-18. Morning was 5. But the sun warms it nicely. And those funny hats people wear here serve a great purpose. The sun at this altitude is intense and being at about 15 degrees south it is overhead even now in winter. Hence the brim all the way around but not necessary to extend far.

So now again sleepy, perhaps the altitude is hitting me a bit. Have been awake this time 5 hours. Tomorrow we go on a full day tour to the “Sacred Valley” another Inca world heritage site. Should be interesting. Then Thursday we head for a four day trip to Lake Titicaca, the worlds highest navigable lake at 12,50 feet and over 3200 square miles of surface.
img_0090.jpg”> 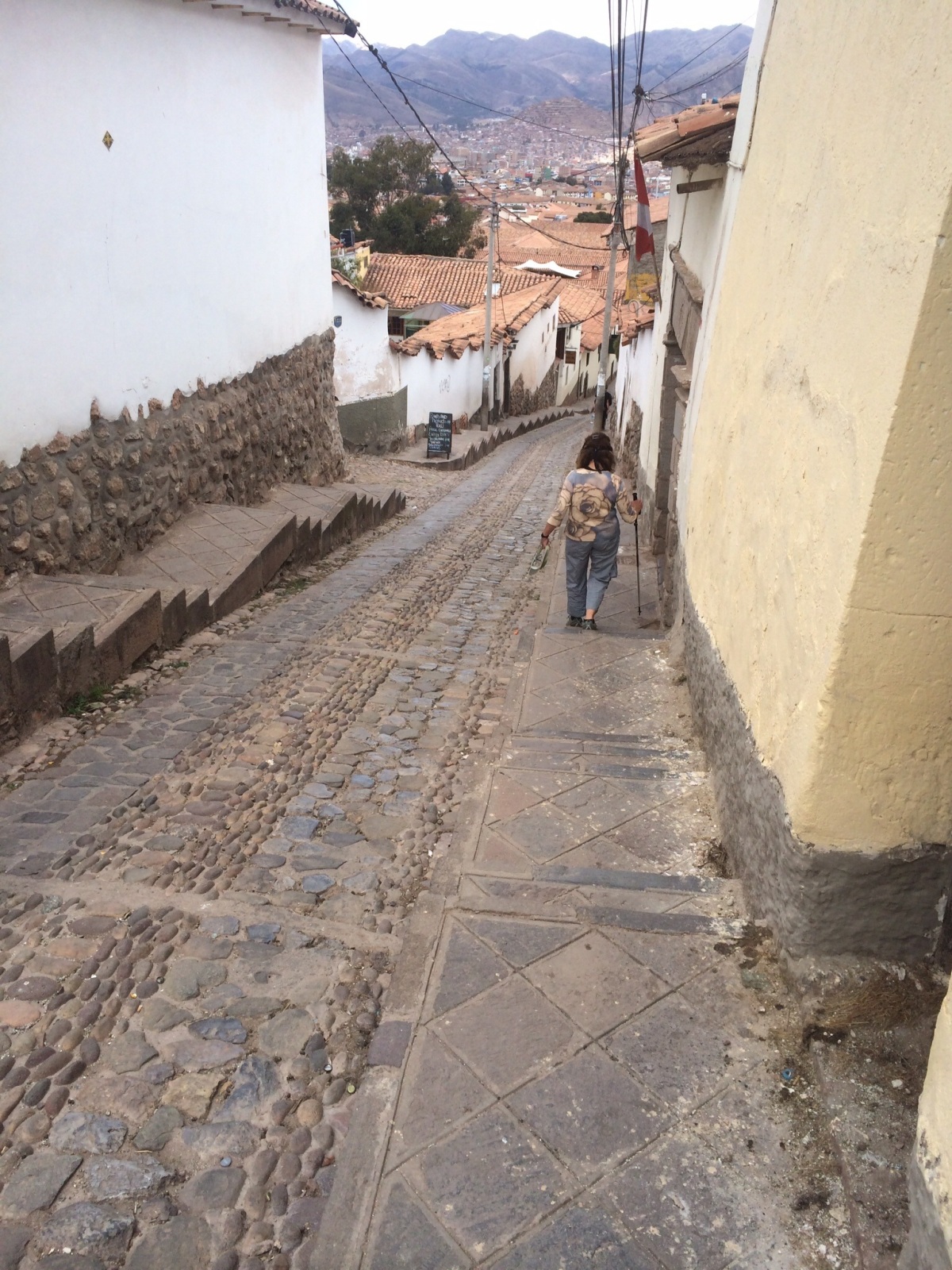 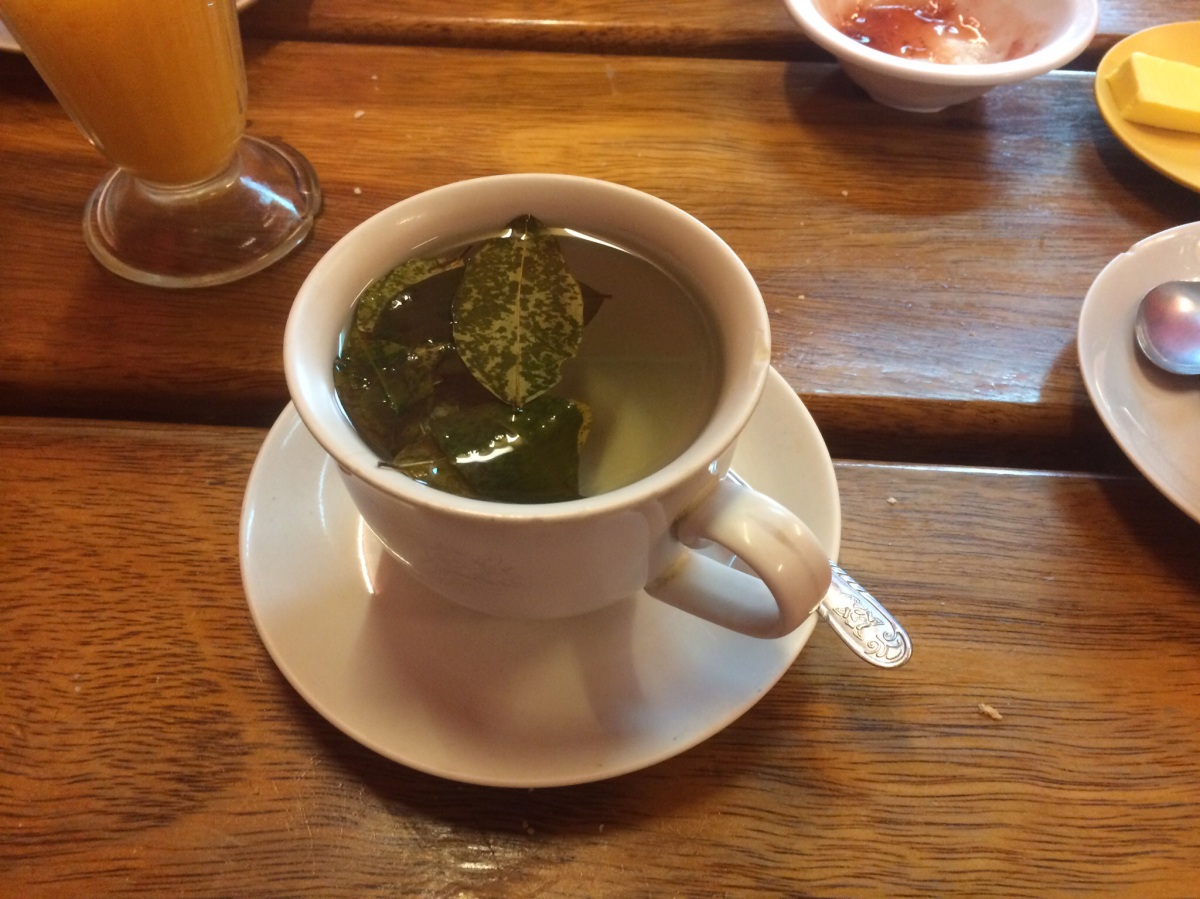