You can say as I have in the past. “I may be an idiot but I was a successful one – at least once.”

Departed Wanaka on a better note than arrival. We had gone to the grocery store and I felt like a fish swimming upstream. The headquarters for my aspiring national park is here and gave a much better feel. Obviously a tourist town but some good stuff about. Skiing, biking, mountains.

Drove to Queenstown the self described adrenaline capital of New Zealand. Oh my oh my. Adrenaline for the sake of adrenaline. River boat rides (95kph) bungy jumping, biking, skiing, year round stuff. 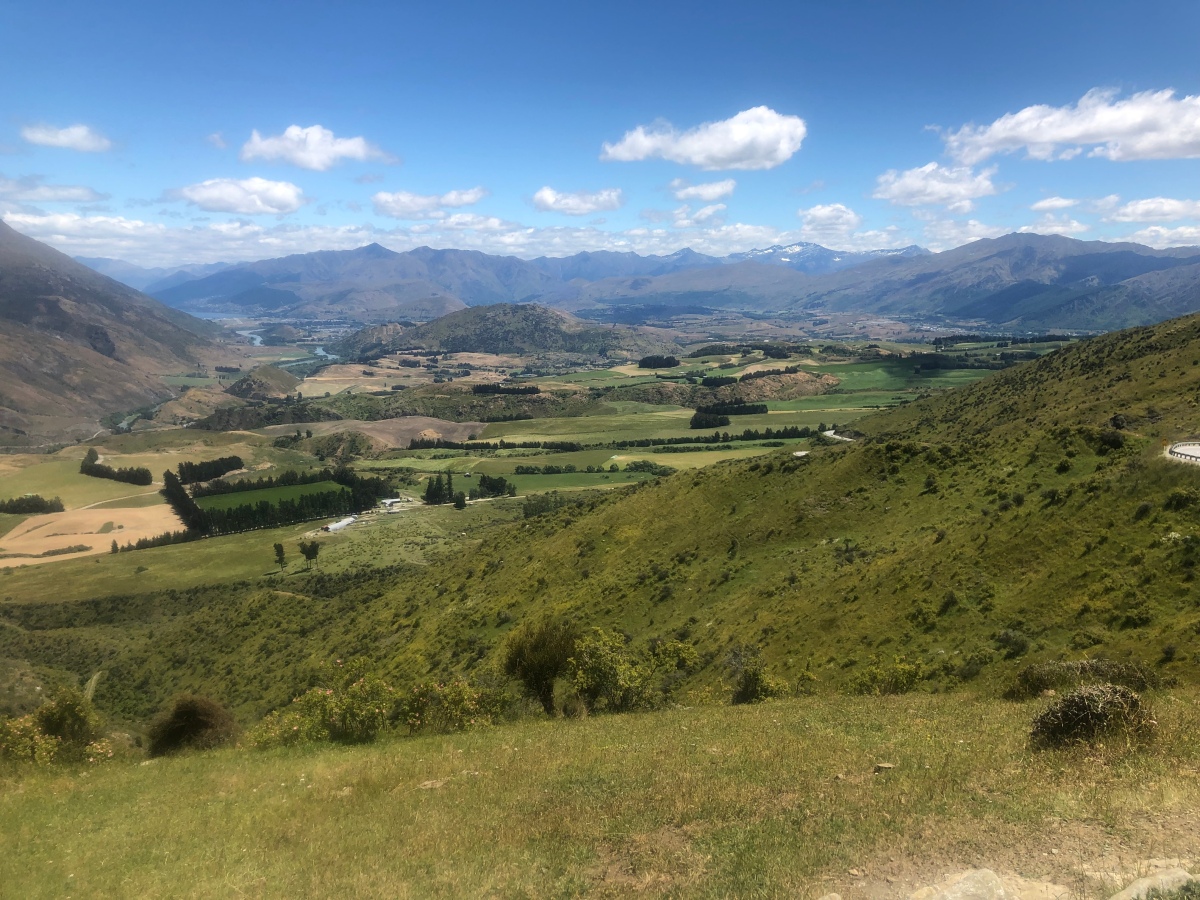 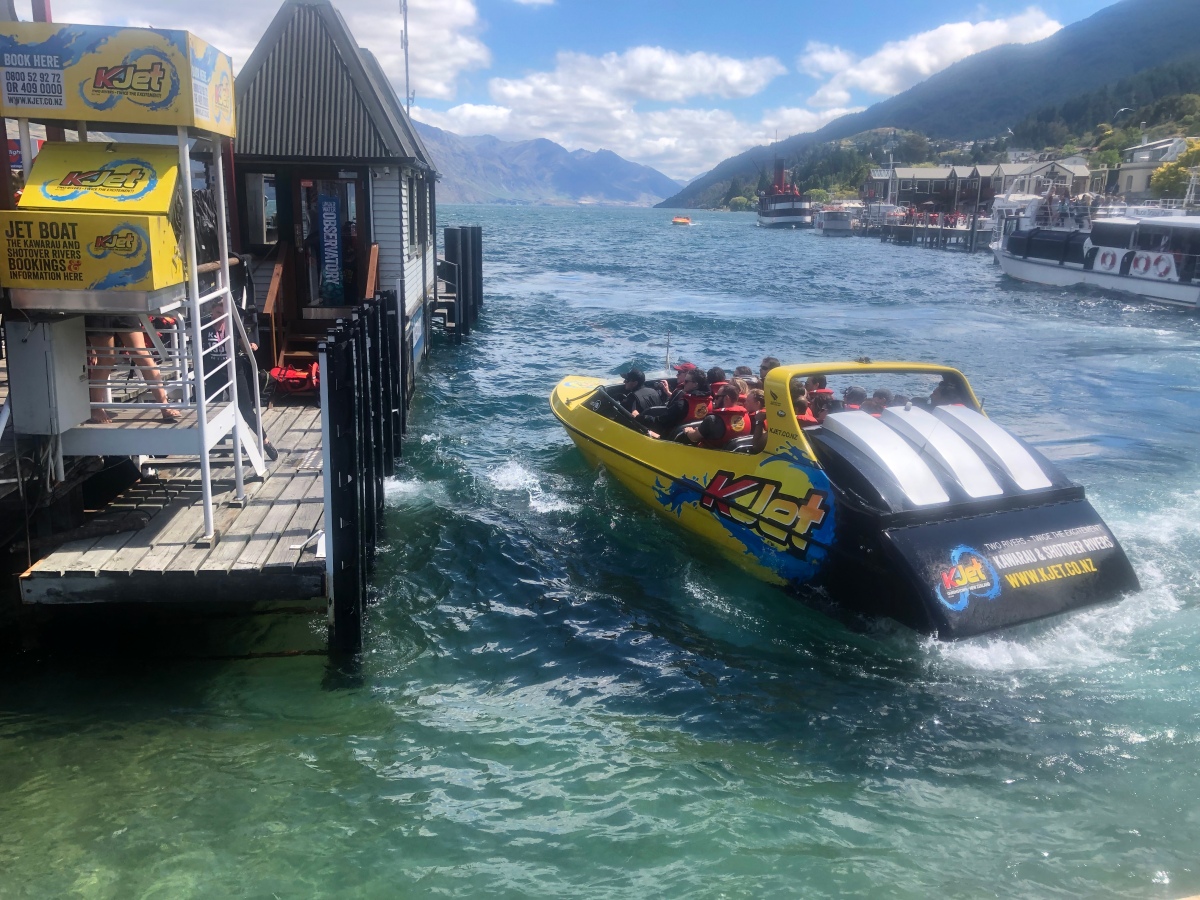 Then a drive through devils staircase, a winding road along lake Wakapipu, huge lake of which we only did about 30 k.

Arrived at our designated site for the night in Lumsden. A quiet campground of grass and land back caretakers. Good shower and washed clothes for the usual $4 wash and $4 dry, but the difference was a regular washer paying the caretakers who were just sitting out in the sun enjoying life. Clothes were done when the clothes were dry not when the time was up. Delightful place. Zak and Natasha stayed at free site which was parking lot next to city park, nice toilets, and Decent WiFi. I am using my sky roam hotspot for WiFi as most campgrounds only have a 250MB limit. The sky roam gives me 24 hours.

Then on to Manapouri, where we stayed and the town of TeAnau, which is headquarters for Fiordland national park. Nice towns, with TeAnau being more developed and bigger. I bought a good raincoat as weather not predicting sunshine, and J. R. In his wisdom only brought a nylon semi waterproof 15 year old jacket, ok I am not the smartest around, but who knew it rained in New Zealand, all the pictures are beautiful sunshine.

The a bit of hike on the Kepler track, one of the great treks in New Zealand. This one is supposedly 3-4 days with huts along the way. One does not just stop and camp, but reserve a hut. New Zealand has built 10 “great treks” and has numerous others (like the queen Charlotte trek we did earlier). They are scattered all over New Zealand and have become major tourist attractions for good reason. The popular ones require way advance planning something I am not overly good at. How do I know where I will be in six months or what I will feel like. As my aunt Shirley says I do even buy green bananas horse days

But the 3 hours we spent on Kepler track was amazing. The forest of dozens of species of trees mostly these huge silver beeches. The forest of eastern u.s. are good but this is amazing. 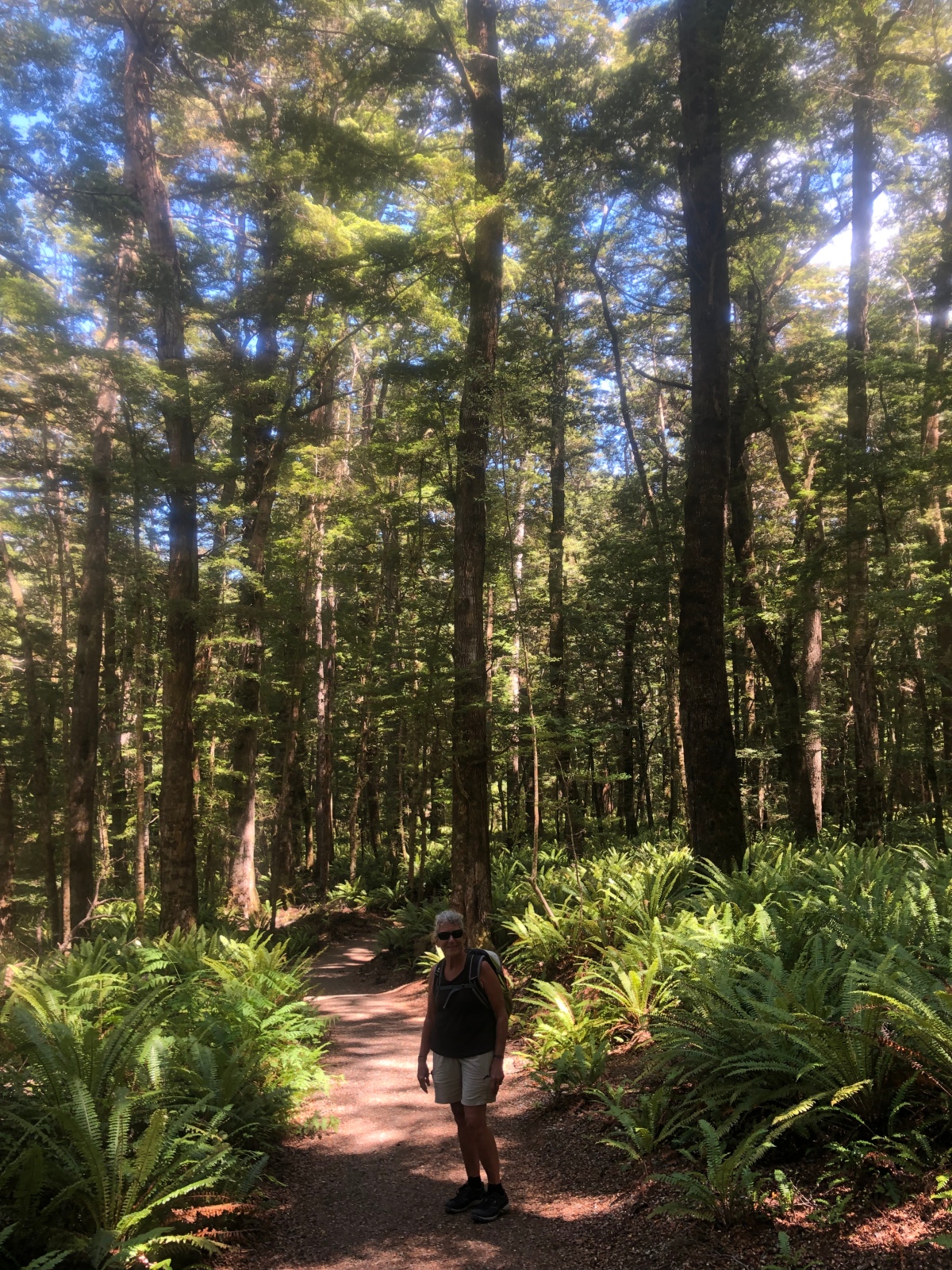 Camper park at Manipuri was great with showers better than most houses. It is the little things in life. The big hedges separated powered units from tent sites from campervans etc. made us feel like we were living in a maze. 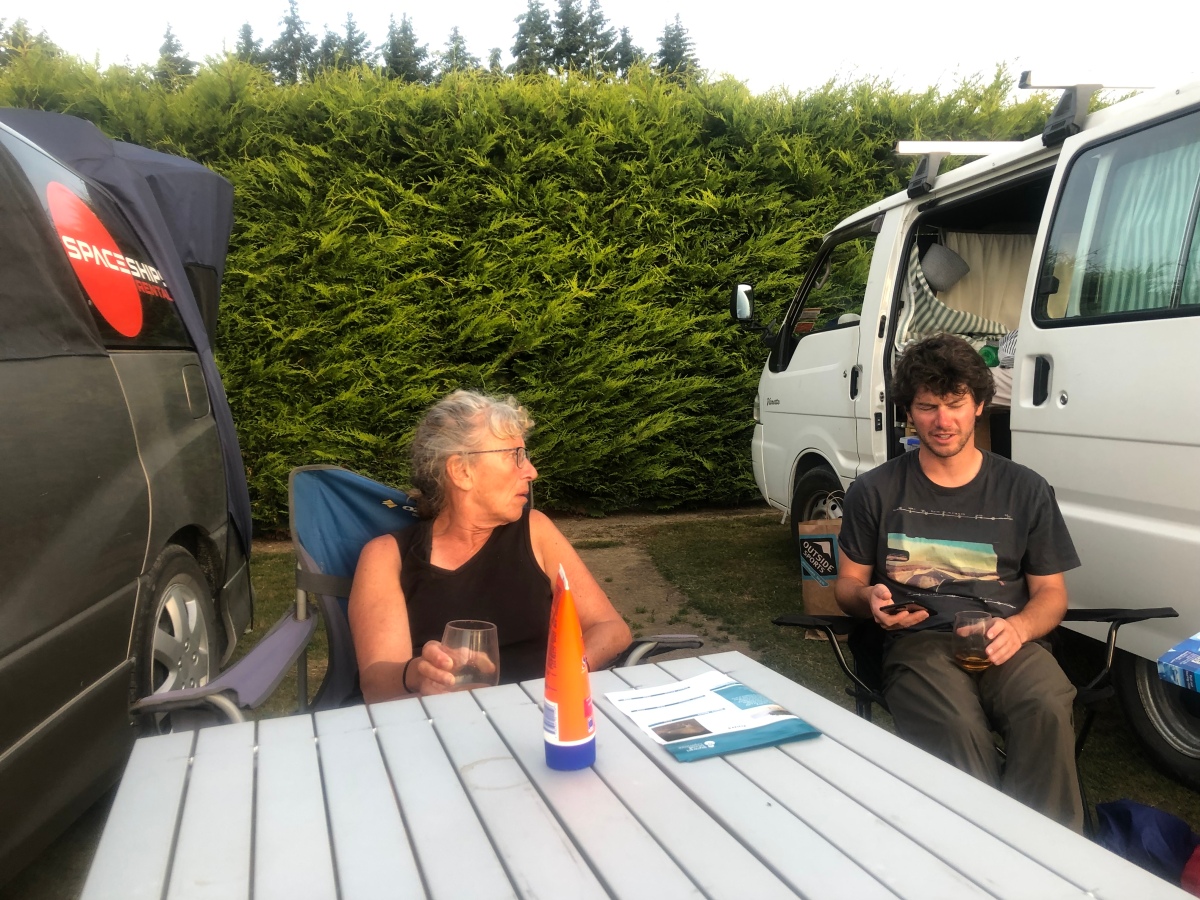 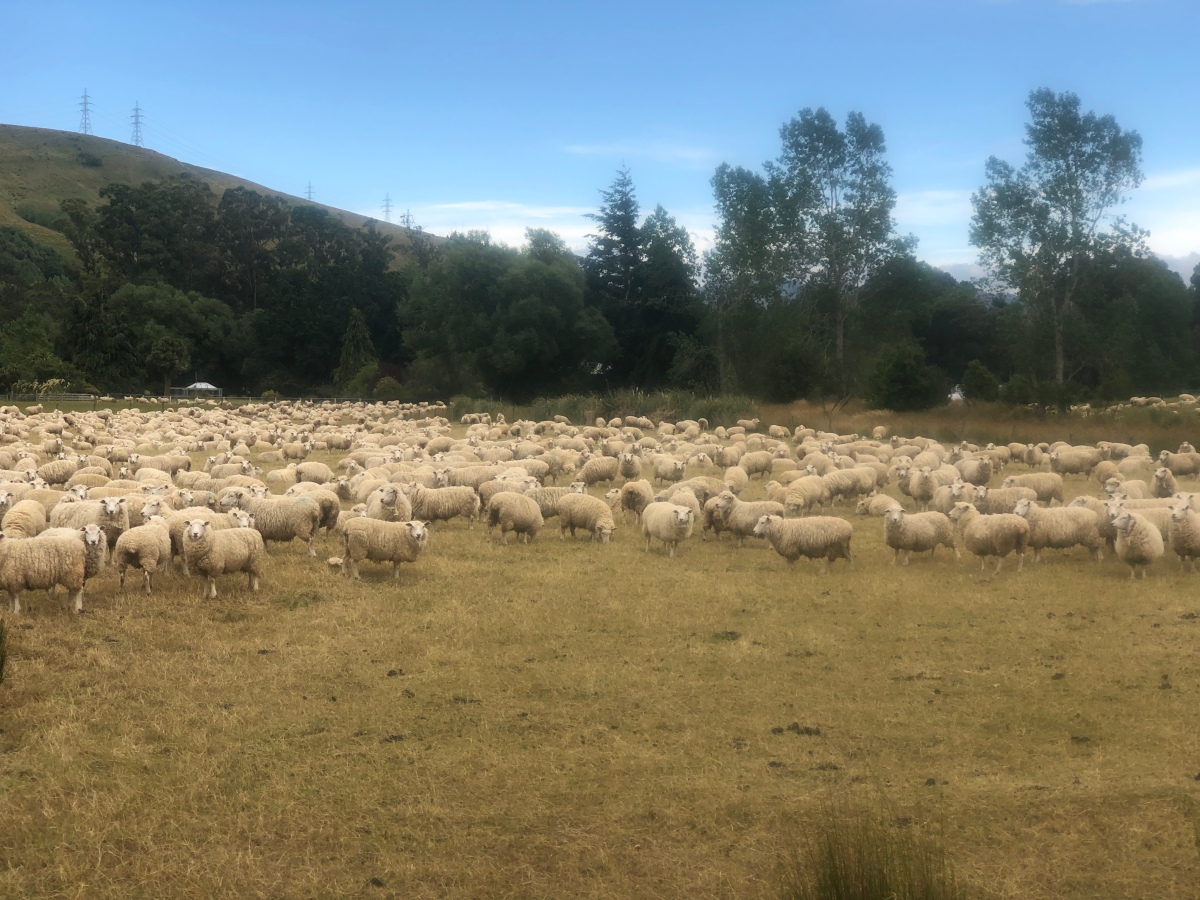 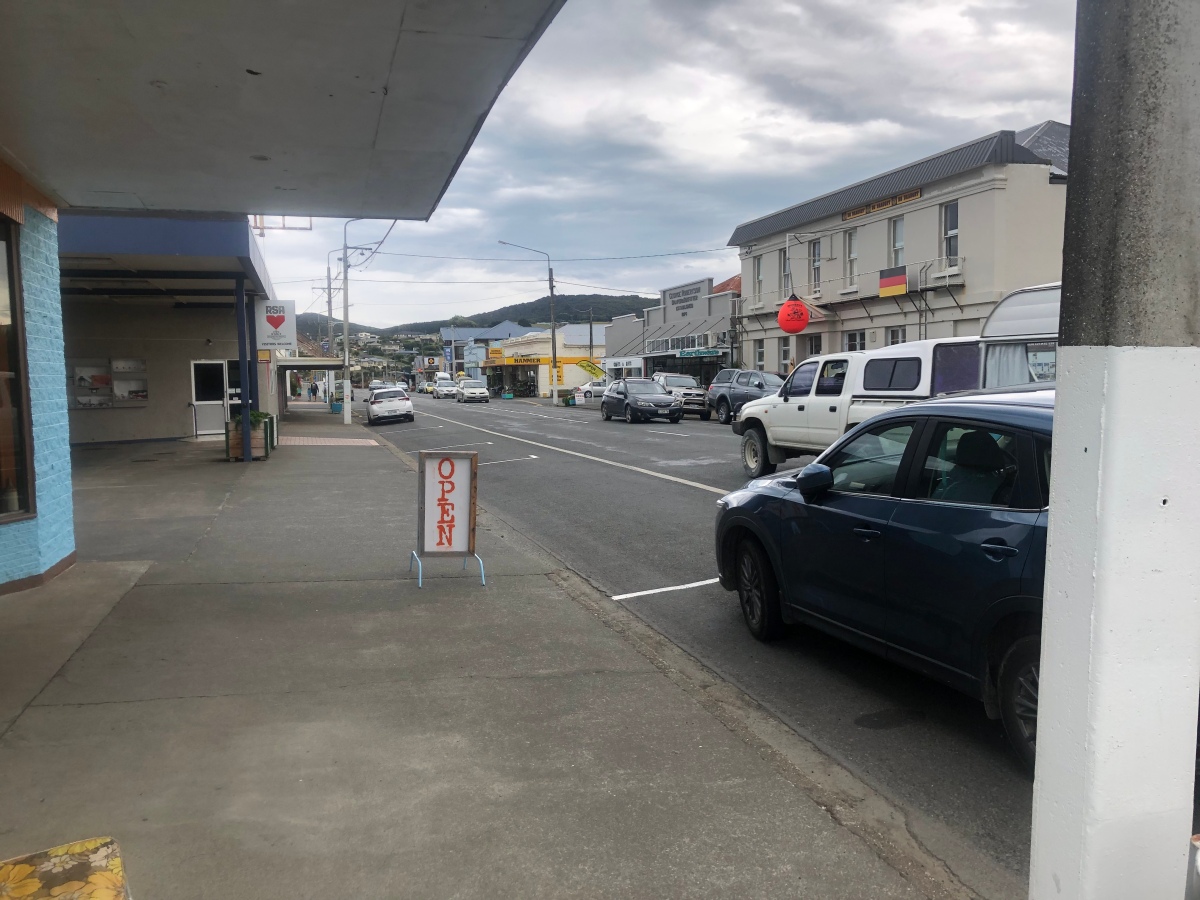 I have noticed gas prices are cheaper the further from big city we are. We paid $2.34/liter in Auckland, $$1.85/liter by Cape Reinga way north and $1.98 today at Manipuri. Must be a better way to help rural folks. ( US exchange rate is about $0.77 to the NZ dollar)

A thought on expectations- I am surprised at how developed New Zealand is. I guess I am jaded coming from Alaska but it is all developed here. One does not just take off but get a permit and reservation etc. it is not crowded but it is developed. I find it interesting how different areas of the world approach wilderness, wildness, camping.

And another regret on this trip is not having time for doubtful sound. Apparently an amazing fiord one takes a boat out of Manipuri, and spending night on boat in the fiord. Alas too much to do and too little time. I just have to enjoy what I can.

One thought on “Southlands”