“Man did not weave the web of life; he is merely a strand in it. Whatever he does to the web he does to himself.”

If anyone out there wants to study extinction and invasive species. This is the place. New Zealand has lost 32% of its native birds in the last 800-900 years since the original Polynesians came across the pacific to the last island area in the world to be inhabited by humans. (Incidentally Europeans were just then taking their first tenuous voyages offshore) within 300 years the Moa was gone. (A 2 meter tall flightless bird)

As I understand it New Zealand broke off Gondwanaland about 80 million years ago, and having no connection close by did not have any mammals, only birds were the large creatures which developed and having no predators became flightless and unafraid.

Humans came in, became Maori and survived quite well, although the birds did not.

Then came captain cook and numerous others to follow. They said you are not using this land like we think it should, and it resembles home sort of, so we will come in, buy the parts we like and make it look like home. Along came rats, pigs, dogs, cats, stoats, possums and the attachments thereof. Different trees were introduced- pine trees began to take over laying down needles which kept the local plants from growing and the seeds spread. I admit lodgepole pine, Douglas fir, and Monterey pine are pretty but the previous forests are amazing, although perhaps not as commercial. Ok I have simplified things but hopefully the story is told.

New Zealand has been a bit of a leader in the environmental movement it seems to me. They fought the French over the sinking of the “rainbow warrior” in the 70’s and eventually that fight led to the demise of nuclear testing. Now they are trying to return their land to an area it once was or a little bit. Ok again I admit I am simplifying.

But I am impressed with New Zealand. They are trying to keep rats and such to a minimum and dogs which are a big bird killer are restricted, cats are rare, and all the parks we hiked have traps for rats, stoats, and possums.

commercial use is still very present- logging in a big way is occurring above the hills where I write this. And fishing and farming and the sheep and cows. We have to survive, but we cannot live in a world by ourselves alone.

Tourism is big here and everyone tells me it has become very big in last years. From our perspective it is big, but still seems ok. But unlike Alaska where tourism is big cruise ships, here it is trekking, tramping hiking, and the natural wonders to experience.

everywhere we have gone have been these great hikes with incredible trails. Well it turns out New Zealand found people like to walk? Hence they have the great walks and a bazillion trails beside that. People want to see the natural wonders.

Ok enough rambling there, and on to the story. Drove through the southlands of rolling hills along the coast. Delightful I found. Went through Invercargill, which Keith Richards apparently described as the arshole of New Zealand, but then he knows music and maybe not so much about tourist stuff. We drove straight through to bluff which the lonely planet guide book describes as an industrial town used as a stopover for Stewart island. We found it delightful with this big hill behind and an incredible view out to the vast southern ocean and to the north – New Zealand.

Made the Morning ferry leaving car in car park without a ticket as apparently paper ran out. The ride over had about 10% of the folks tossing their breakfasts. I could only think of days at sea and how it is never the same and always something new. Wonderful trip for an hour talking with a lady on holiday to go fishing as has a vacation home there.

Arrived at Oban and a very laid back community. Picnic tables along the beach waterfront, a grocery store, hotel, a few tour agencies, the environmental center, and electric bike rental. Not a single junk store as most tourist towns are in Alaska.

And lots of backpackers with varying sizes and loads. Tracks vary in the park from a few meters to the longest at 34 kilometers with huts along the way. We walked to our accommodation 2 kilometer from town to meet the character running it. Hard of hearing but yells out he only does it to keep him busy, and does not want bad reviews. Back into town and walk about to observation area at top of town where we watched the waves and boats going to Ulva island. The local fish farm dropped off a tote of salmon and numerous locals came by to pick their free salmon.

Dinner at pub and blue cod is now my favorite fish. Then back to our lodging where a danish fellow was excitedly telling us about his stay. He had seen a kiwi the nite before and wanted to see it again as well as penguins. Unfortunately these birds are nocturnal, which reeks havoc with my sleep habits. Kiwis are like northern lights in that indoor plumbing makes them hard to see. Luckily here, no indoor plumbing so the chances of seeing are much higher with my nightly forays. Aw the advantages of aging. It has increased my nightly wanderings.

But I was lucky in that the danish fellow was just returning at midnight from hiking into town to see the penguins arrive on beach for the night. He came and knocked on our cabin door to notify us there was a kiwi just outside on the lawn. We went out and wandered the edge of grass, Jeanne finally giving up, and returning to bed. The Dane, his girlfriend and myself continued to search and finally this basketball on legs with a huge proboscis comes out of woods looks at me from about a meter away and wanders off, back into woods never to be seen or heard again. Amazing how silent it was. We then turned our heads to the incredible night sky with the Milky Way and southern cross out in glory. Amazing.

Next day into town for breakfast and a tour to Ulva island, which seemed mandatory but seemed touristy. Boarded a catamaran thinking we were headed to Ulva island on a 2 hour tour. Cruised the coast seeing little blue penguins swimming along, fur seals lounging about on rocks, and then the albatrosses came in. Oh can they fly. Never a wingbeat and they go and go and go.

then onto Ulva island with an hour long guided hike. First clean the shoes then if taking a pack it must be checked for rats. Jump on it and if it squeaks does not pass. They for the most part have kept Ulva island mammal free and the birds are somewhat natural. Amazing life histories and with someone who loves the outdoors and shares their knowledge and passion. She did say “New Zealand being. Small country, it is easier to convince people that saving the environment is the right thing, and most get on board.”

then back to oban to await ferry ride back to mainland. Turns out same catamaran and crew who just did the tour.

Showers, wash, sleep and off again.

Stopped at cathedral caves as tide just right to go in 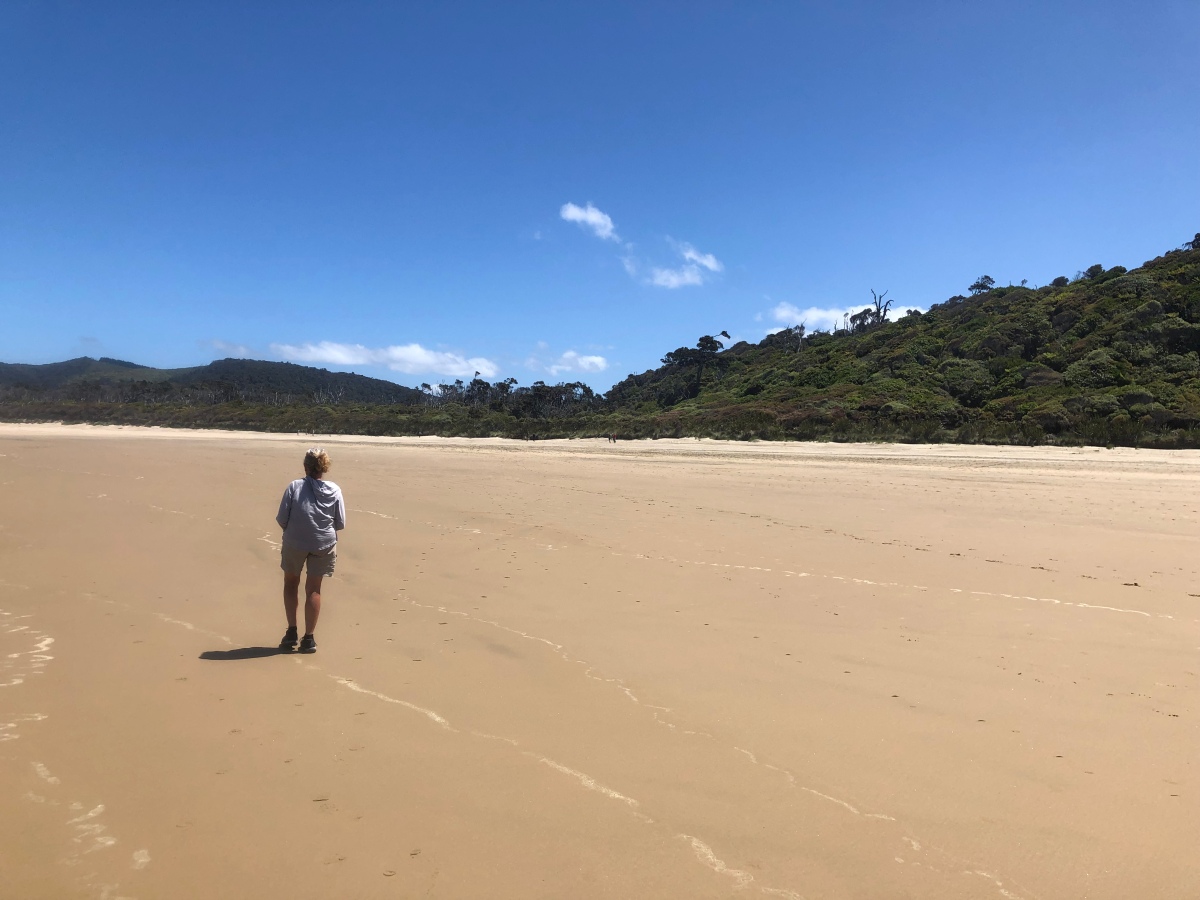 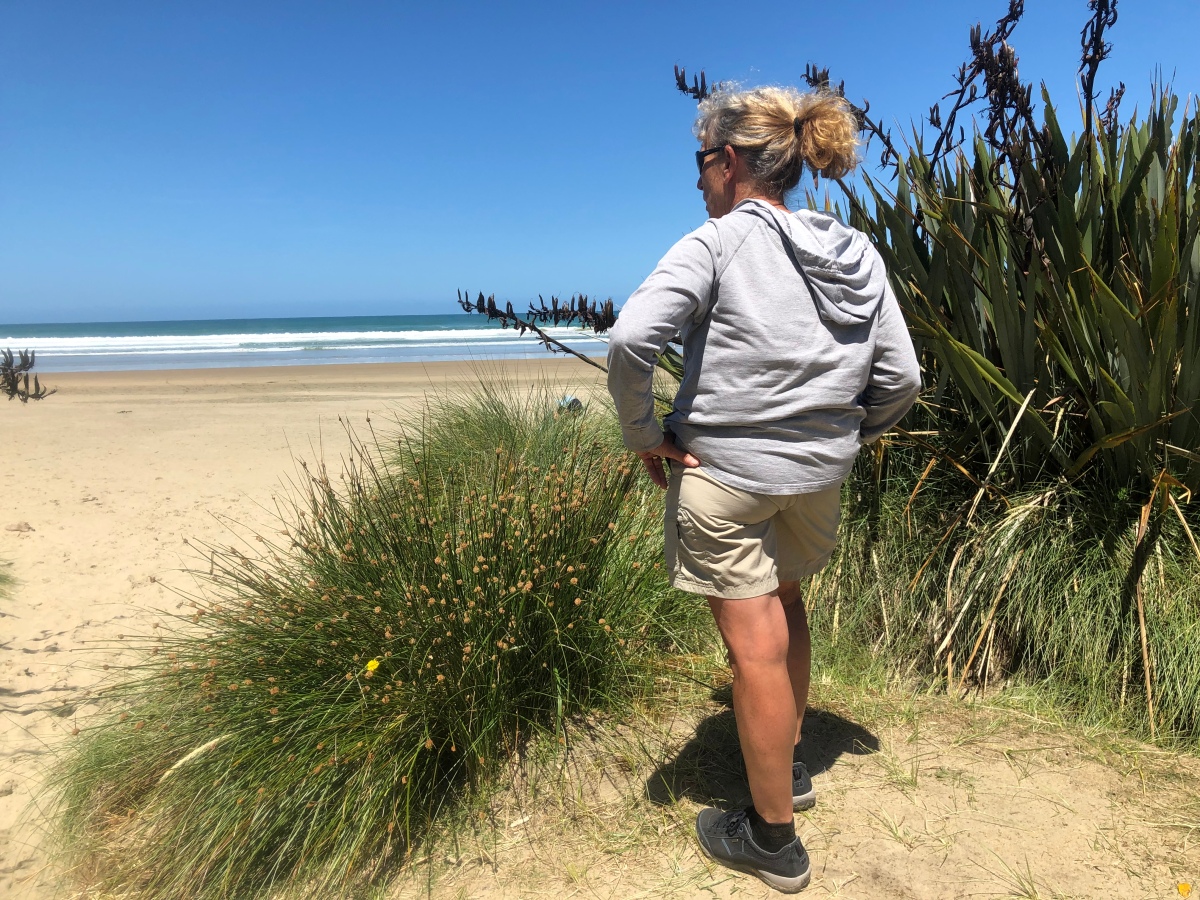 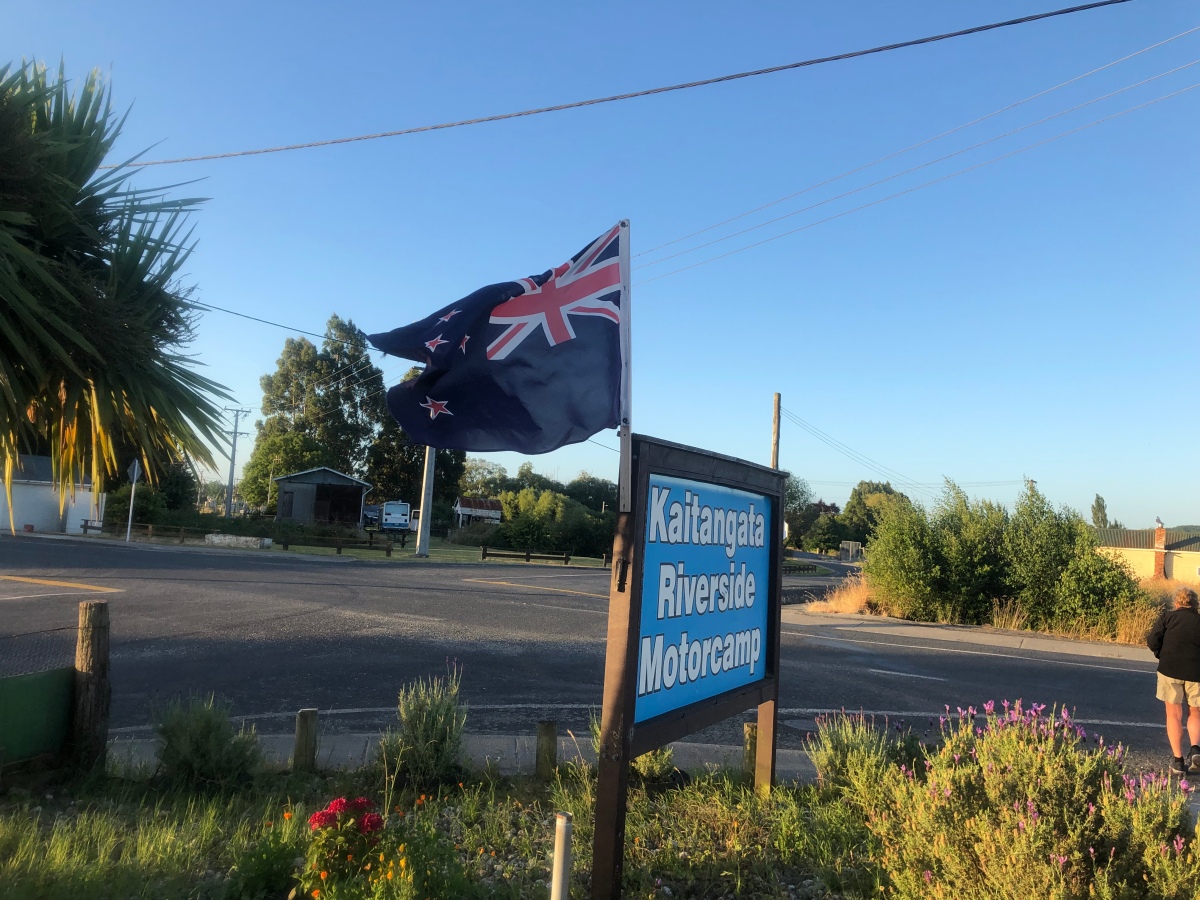