“So strange that people often believe things inversely proportionate to the evidence. Given a set of possible explanations, why pick the extremely unlikely one!?”

Departed Auckland although seems a nice enough city but want to get out, so start our voyage heading north. Driving ok but still scary.

250 kilometers arrived at a state conservation area and campground. Trounson Kauri park next to the Waipoua Forest and home to the Kauri trees, said to be second largest trees in world by trunk size. Beautiful trees but endangered by fungus, trampling and people. Requires cleaning of feet for fungus. 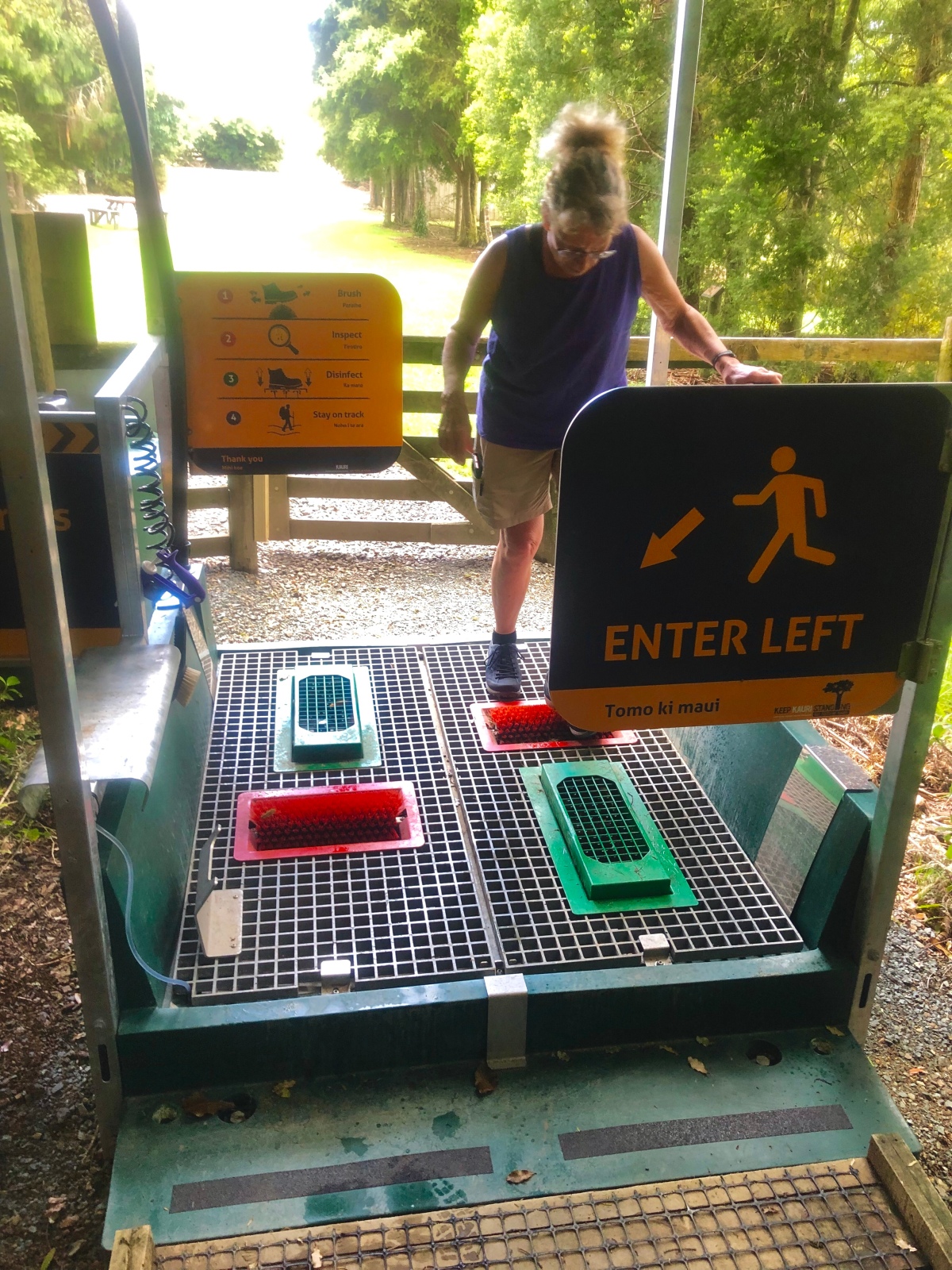 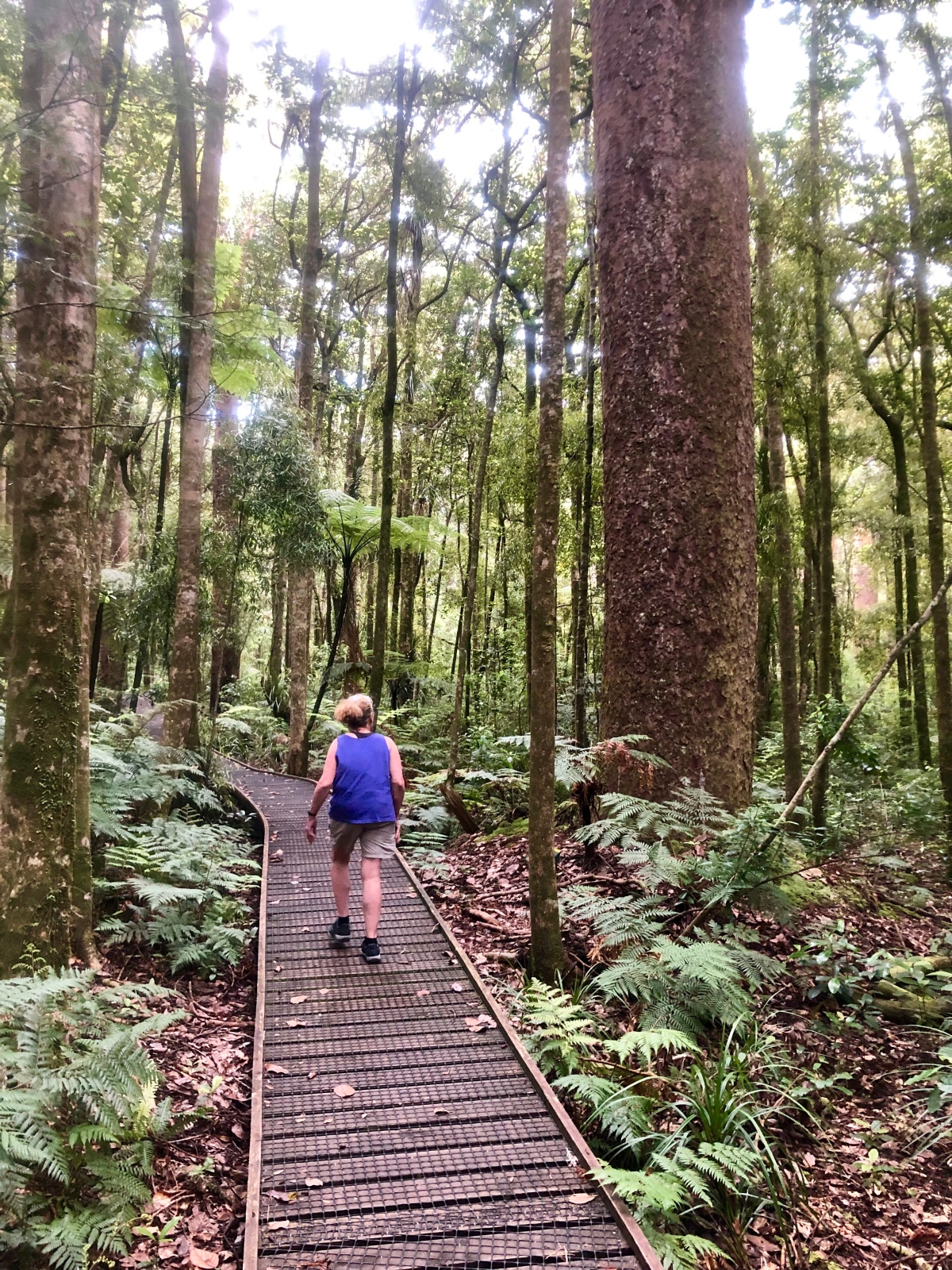 Dogs are strictly forbidden not even on leash. One local dog was tracked and killed half of the 250 remaining kiwis in the forest.

The forest itself was awesome as a sub tropical forest is. I knew none of the trees, plants, bugs, birds and the interpretive signs were written in poetry. 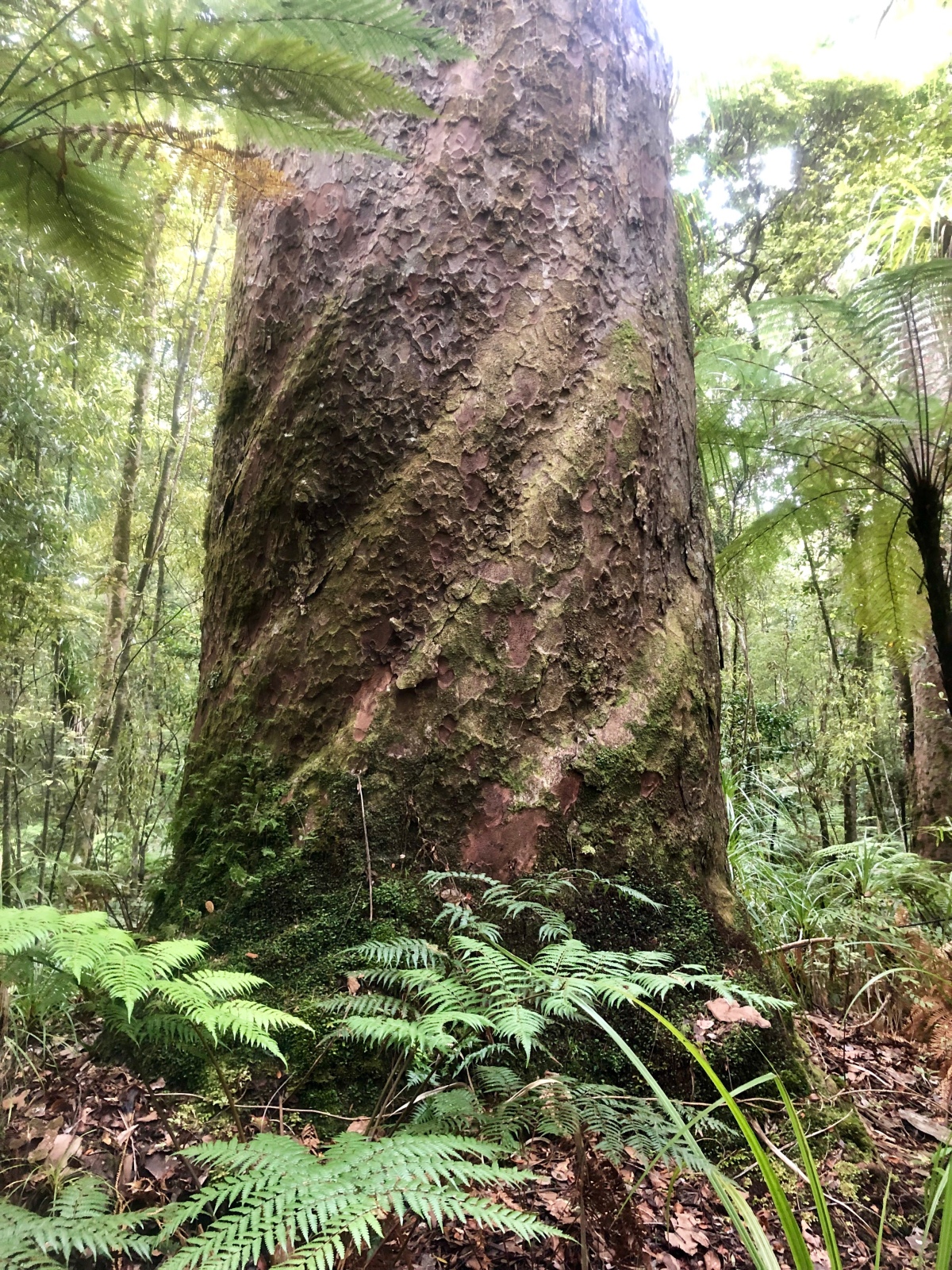 Then that night we had heard this was a good place for a night forest walk hopefully to see kiwis, snails, and glow worms. Departed at dusk, using ourselves as guides, it quickly became dark. We missed the sign to sign up for an interpretive walk so we’re on our own. Then missing a turn on return and starting over came to two overturned trees with root balls showing. They looked like a star lit night. We blasted the area with our lights and only saw the dirt on tree ball, but when turned off and in the dark the stars returned. Bioluminescence! Dozens and dozens of lights per tree. Amazing.

No kiwis or snails.

Then on to Cape Reinga the farthest north point in New Zealand, and another conservation campground. Great place in totopauna bay. Found a great spot a hundred meters up valley from the bay being still affected by tide. Walked the beach then up a short distance on the coastal trail. This trail can be a 3-5 day hike about the entire cape. Return to camp thinking of a swim in water by camp but the tide was out. A great dinner, and starting placing chairs on grass next to beach and enjoy the darkening sky. A great camp and a great day. 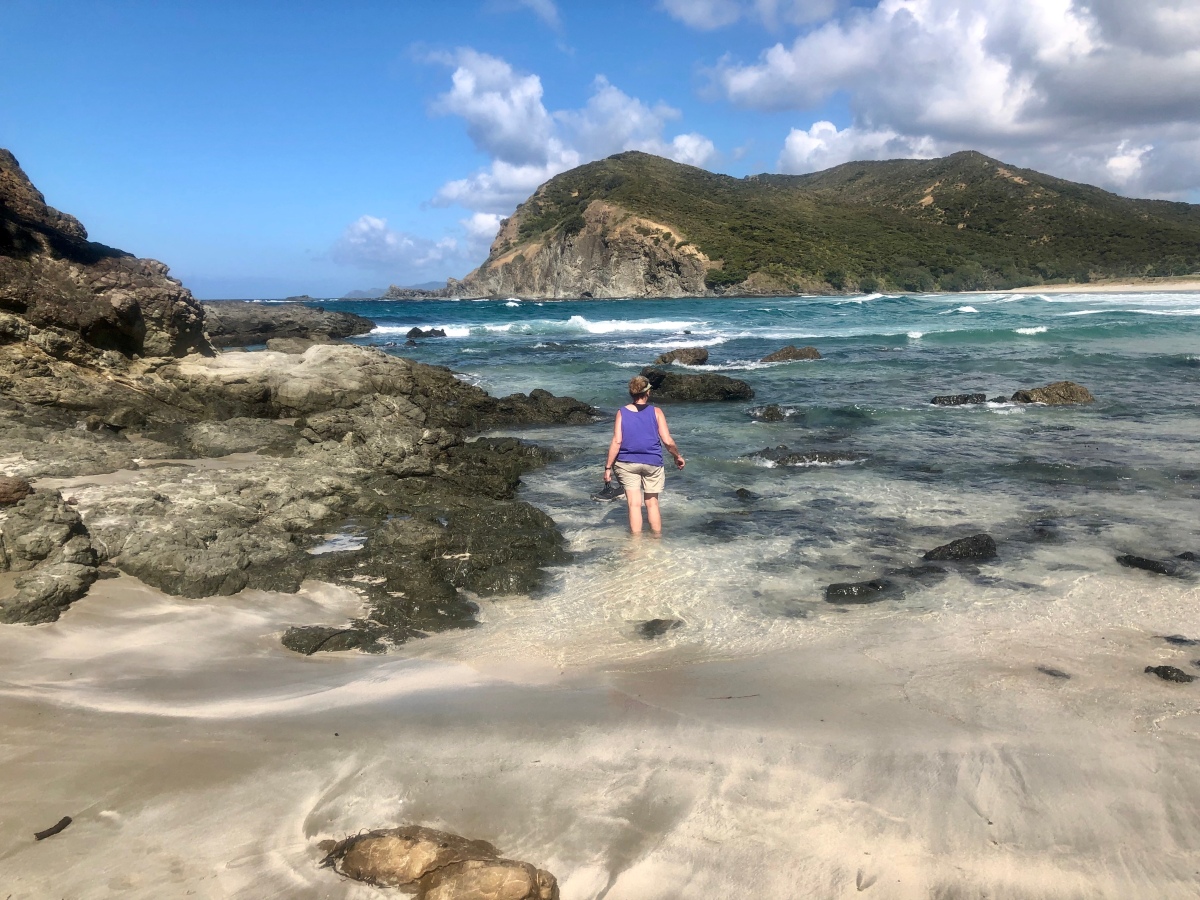 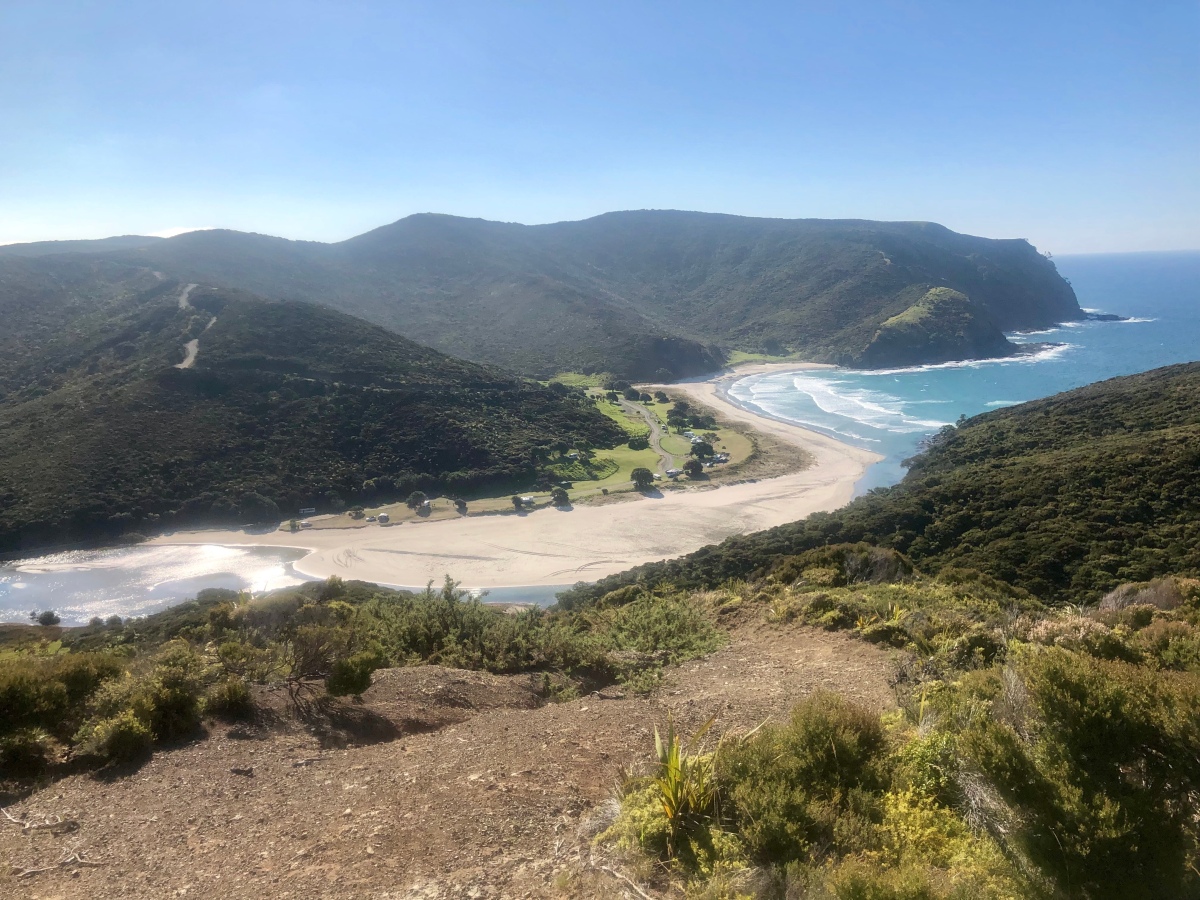 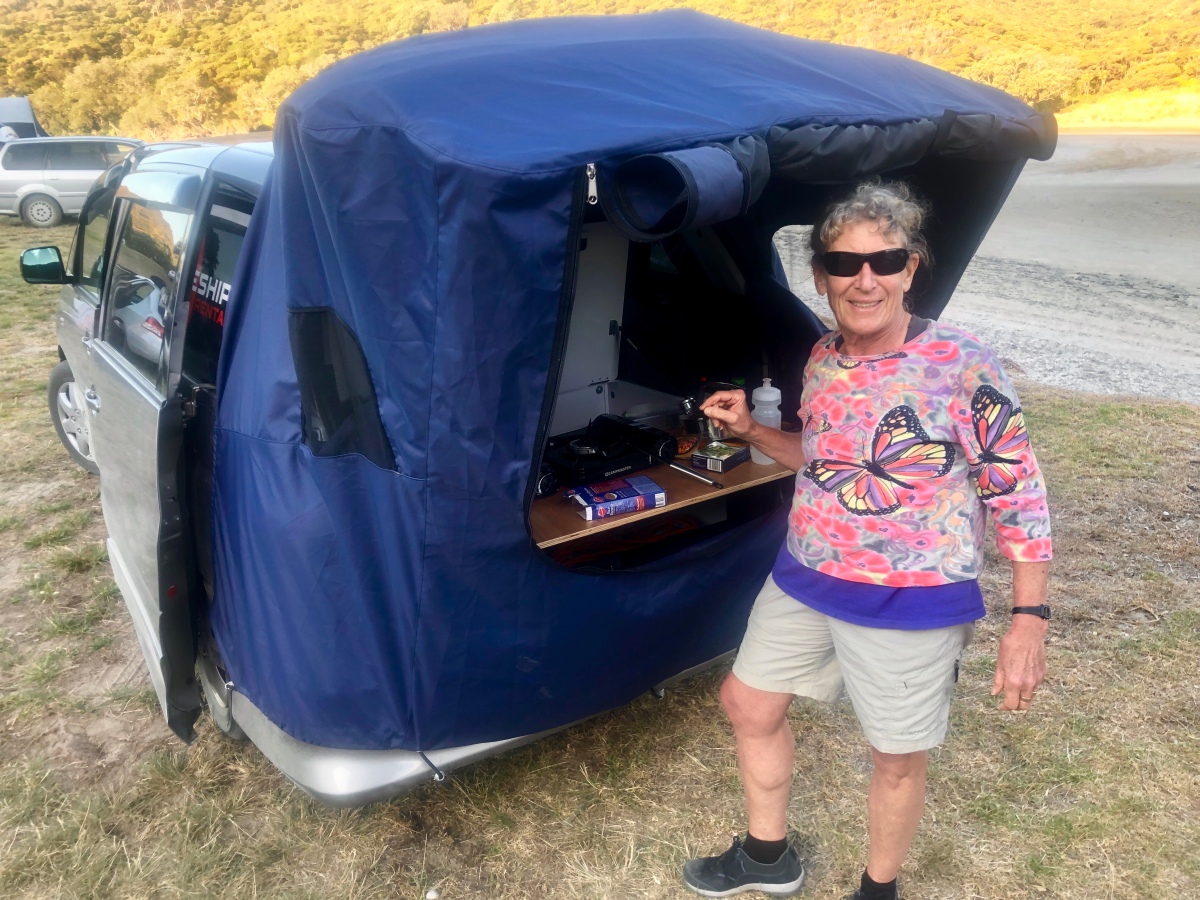 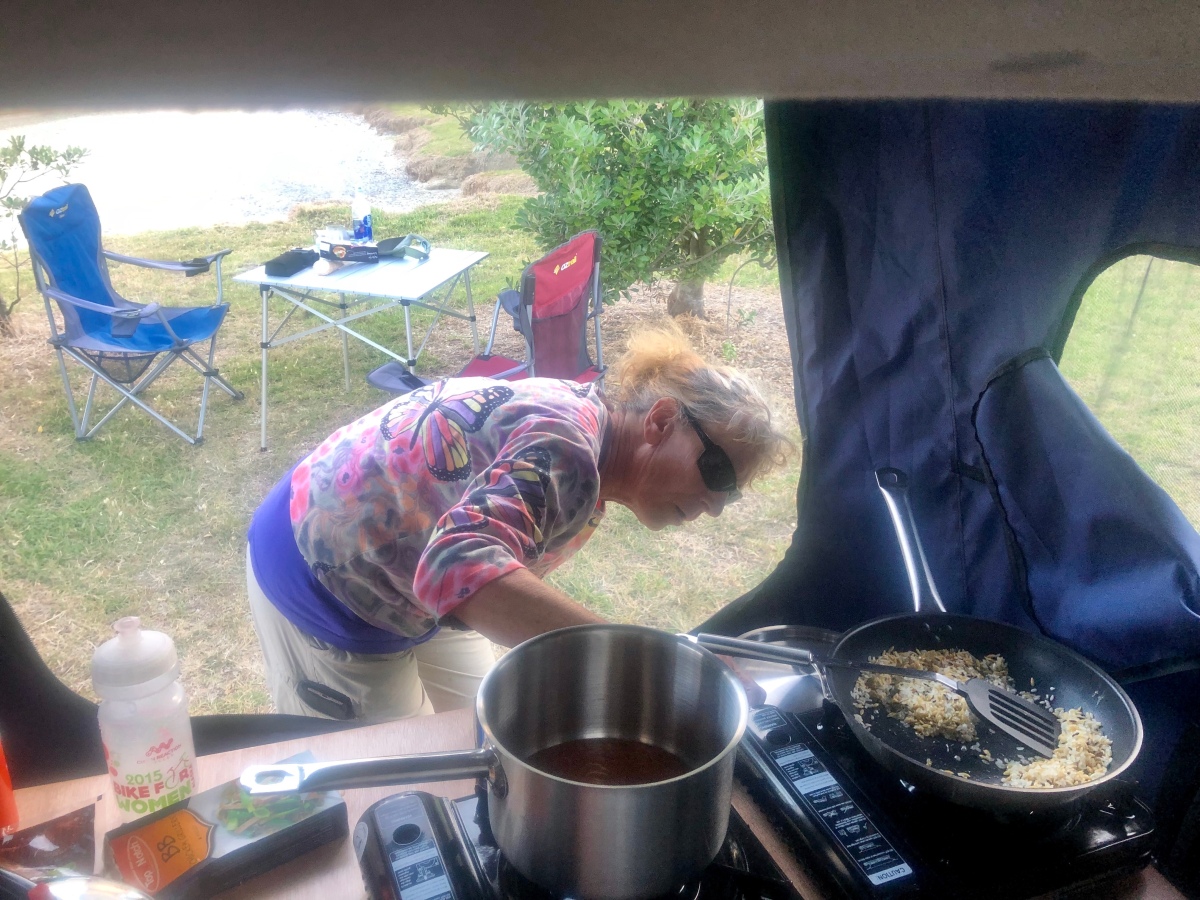 I noted the people next to us applying big dope, then noted a mosquito then more mosquitos and noted the wind had quit. Both Jeanne and I scrambled into the van, which in the few minutes since we first noted mosquitos were now thick inside. We thought we knew mosquitos in Alaska but this was something new. From none to horrendous in minutes. Misery. Jeanne began the battle on one area and I on another to rid them, but we made no headway in diminishing there numbers inside the van. After 5-10 minutes of frantic activity we were making no progress and I remembered I had opened all windows just a few centimeters for the heat and ventilate. Arghhhh.

I scrambled once again to find keys to start the car to be able to power close the windows.

You could hear the whine of the mozzies everywhere. Not just in your ears but everywhere. I gave up and dived under the covers and began to sweat. Jeanne was not going to quit though, continuing battle after battle, until she too was exhausted (or maybe drained of blood).

In the morning I awaited until sun up and could not hear the whine which had quit sometime during the night. They were gone. I proceeded with my morning coffee and enjoying the morning.

As we saw other people in campground they commented on the attack. Seems everyone had the same effect.

The white padded ceiling of van is not a mess of the battles fought. Going to be a problem cleaning this up. 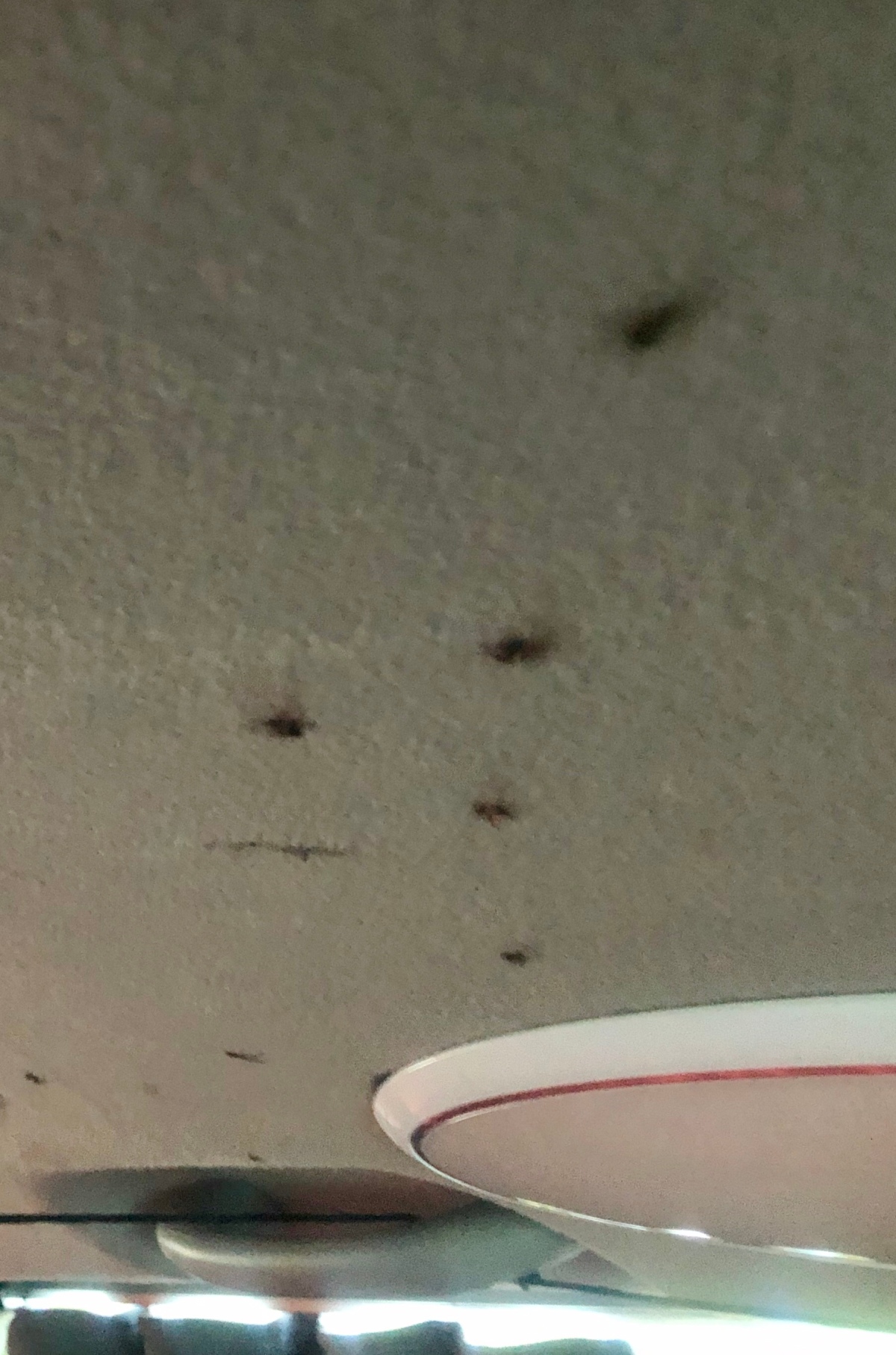 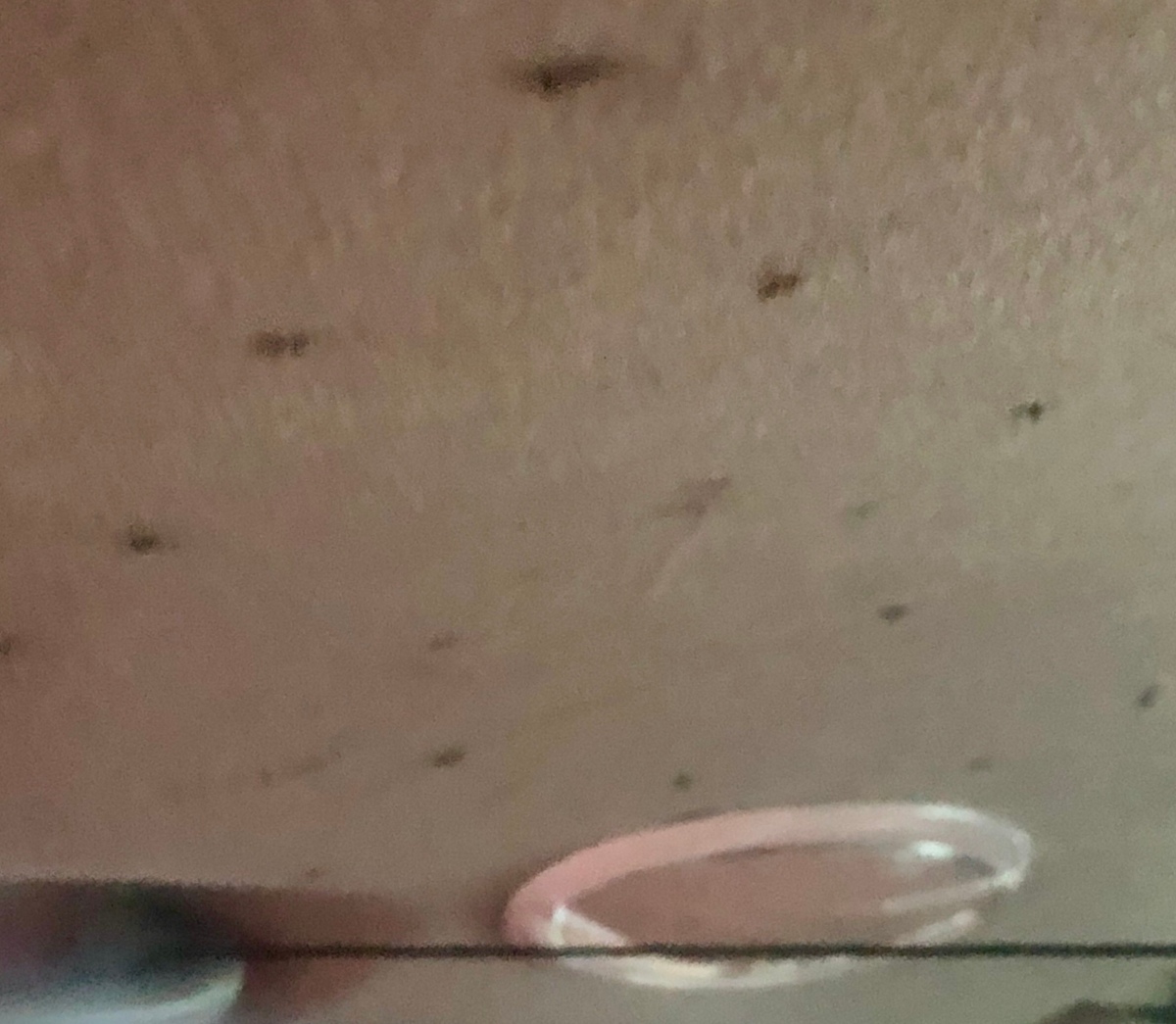 Then on to Sand dunes, and a drive to Russell next to bay of islands, where Jeanne visited 30 years ago.

New Zealand proving as awesome as we have heard. But too little time and way too much to do. I am only asking to see and do all on new Zealand in 6 weeks. I can see now I am doomed to failure.

2 thoughts on “Night of the mozzies”